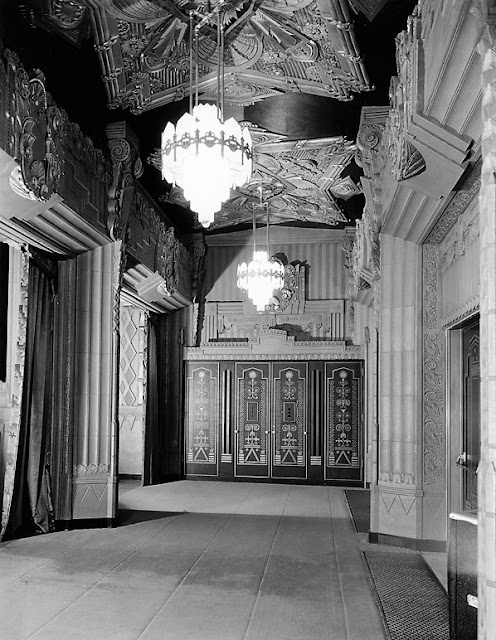 The entrance vestibule is a largely-overlooked very ornately decorated space sandwiched between the entrance doors (on the right) and the main lobby (off to the left). This Mott Studios 1930 view is in the California State Library set # 001407732. 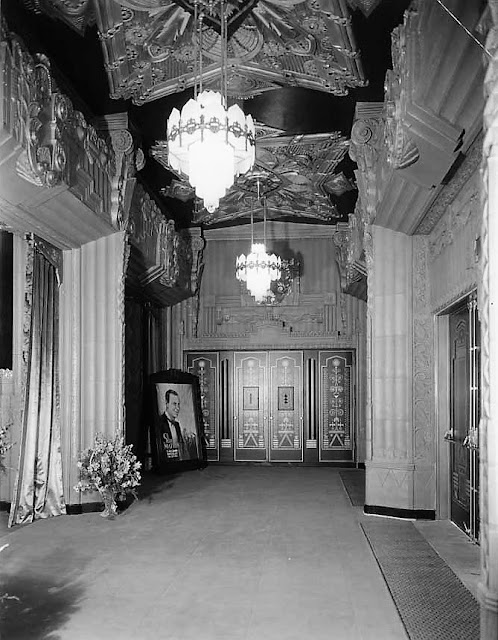 A bit dressier this time with a photo and some flowers added. The 1930 Mott Studios photo is one of fourteen views in the California State Library's set # 001387245. 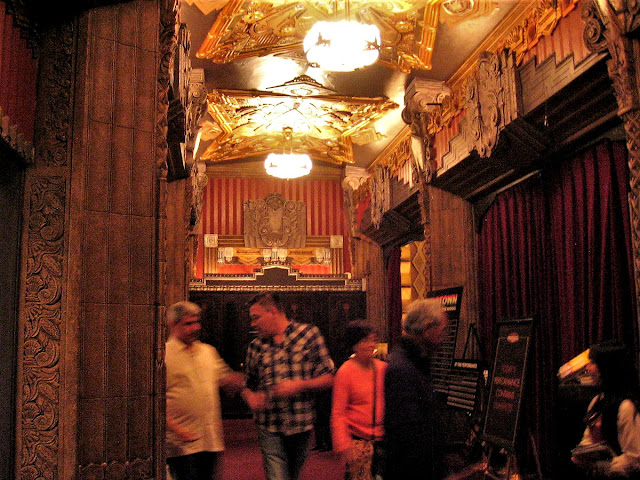 The entrance vestibule looking west -- Hollywood Blvd. is off to the left. Photo: Bill Counter - 2017 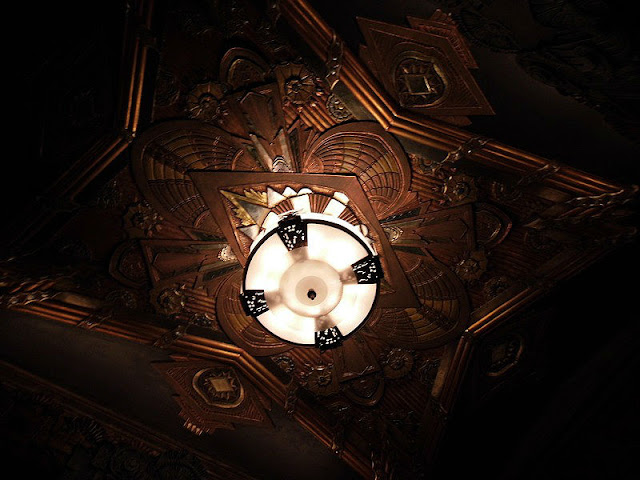 A ceiling detail. Thanks to Sandi Hemmerlein for her photo. It's one of many great views with "The Last of Pantages' Vaudeville Palaces," her 2017 Avoiding Regret photo essay. 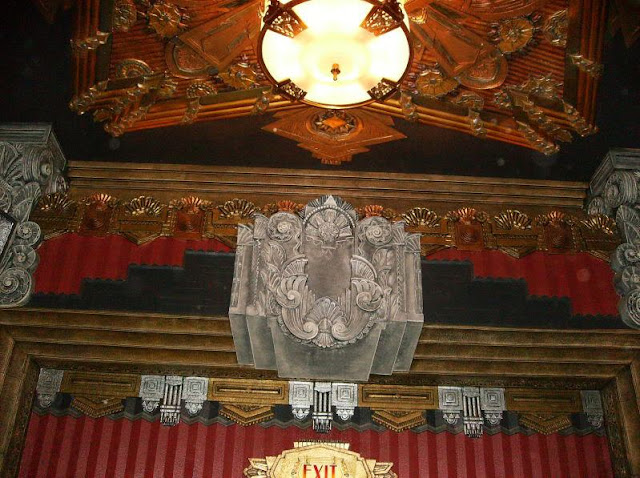 Thanks to Ken McIntyre for his 2009 detail of the plasterwork above a set of exit doors. He had it as a post on the Facebook page Photos of Los Angeles. 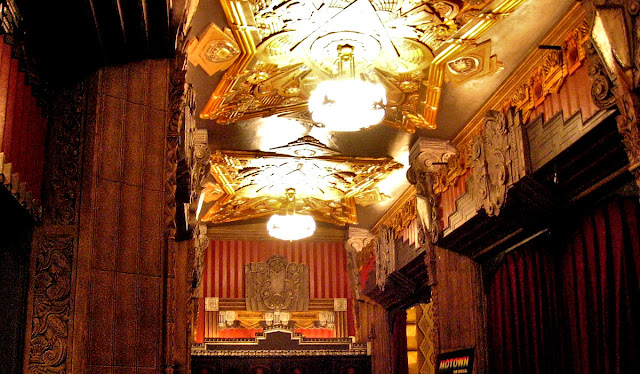 Another view of the ceiling. Photo: Bill Counter - 2017 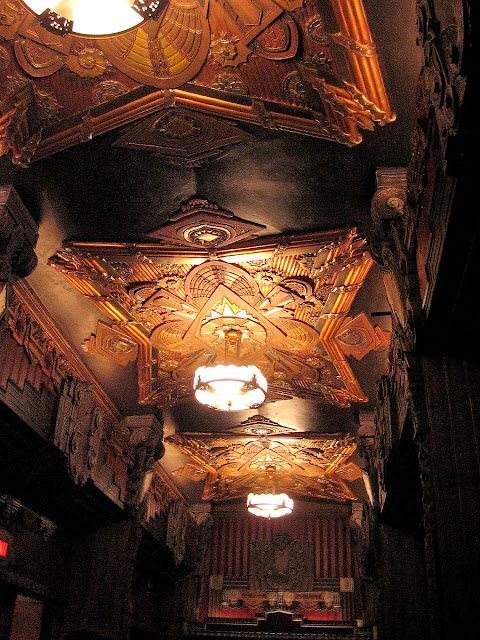 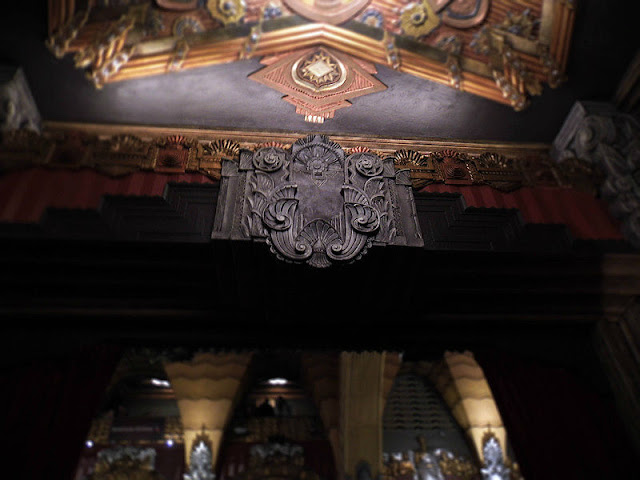 A detail of the ornament over one set of doors leading into the main lobby. Photo: Sandi Hemmerlein - 2017. Thanks, Sandi! 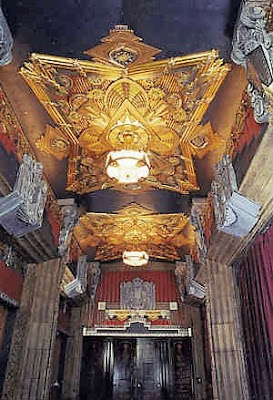 The ceiling's restored plasterwork following the work done in 2000. Thanks to Amy Higgins for the photo from her website AmyHiggins.com. Her dazzling work on the Nederlander restoration of the theatre while working with Evergreene Architectural Arts included plaster restoration, decorative painting and gold leaf work. See her Pantages Hollywood page for more illustrations of her work on the project.