"Ken Murray's Blackouts" played the Hollywood Playhouse, 1735 Vine St., at a time the theatre was known as the El Capitan. The one on Hollywood Blvd. had been renamed the Paramount in 1942. Various editions of "Blackouts" began in 1942 and ran for seven years and 3,844 performances.

A program for Ken Murray's "Blackouts of 1942" from the collection of Marlaine Hysell.

The reverse side of the 1942 program. 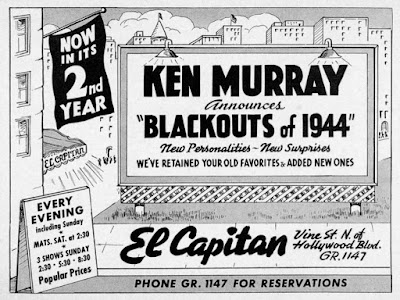 A 1944 ad from Playgoer magazine appearing in the the Paper Ephemera collection of Eric Lynxwiler on Flickr.  Thanks, Eric! 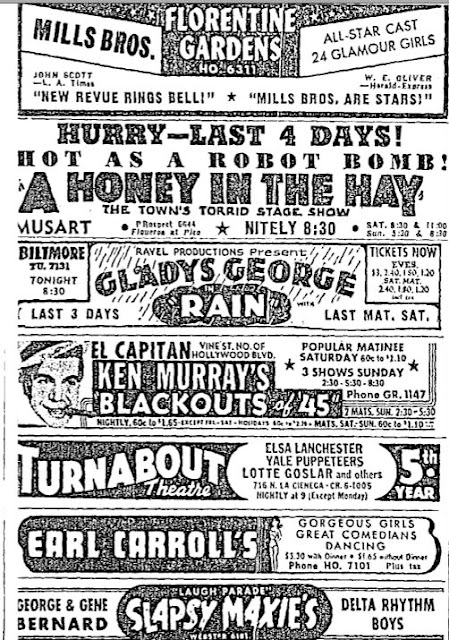 A 1945 L.A. Times nightlife ad from Kliph Nesteroff on the Facebook page Vintage Los Angeles. In the middle, we get the El Capitan touting "Ken Murray's Blackouts of '45. 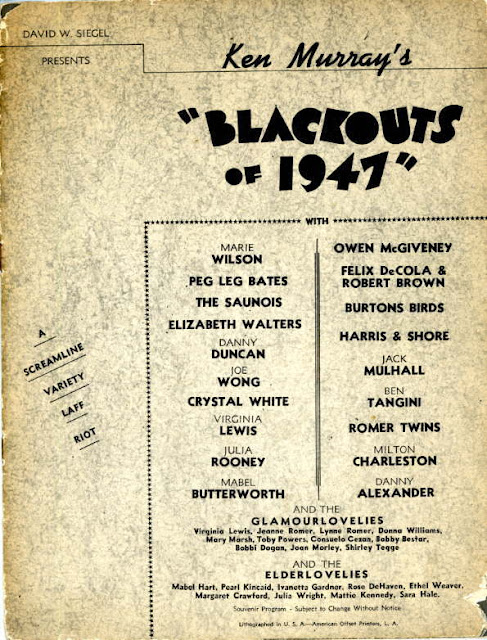 The cover of the program for "Blackouts of 1947" from the Cezar Del Valle Collection. 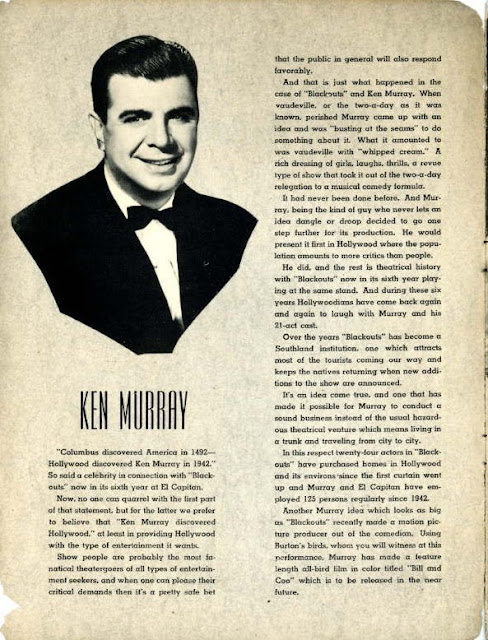 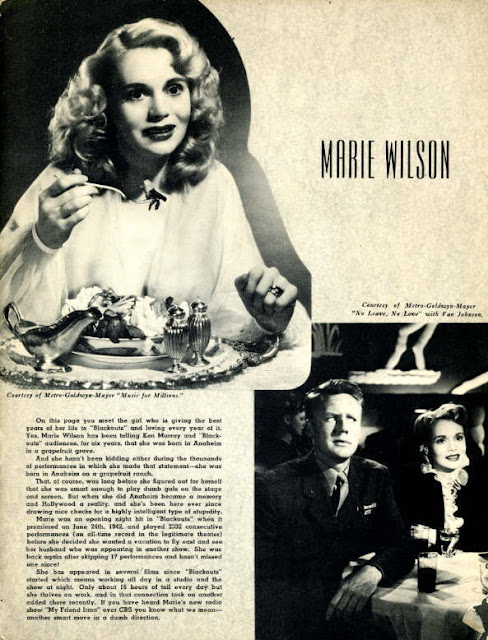 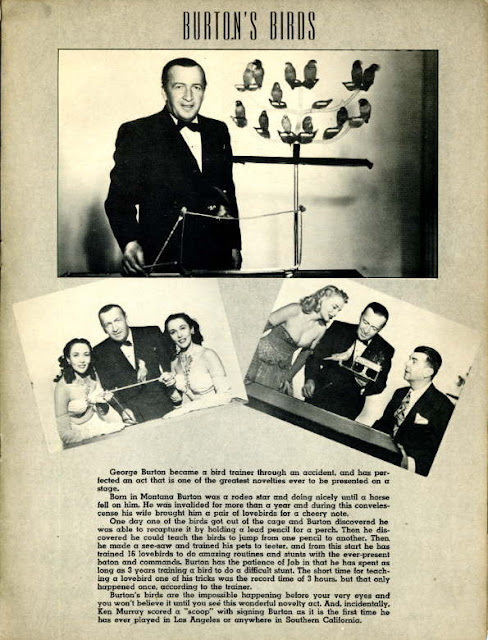 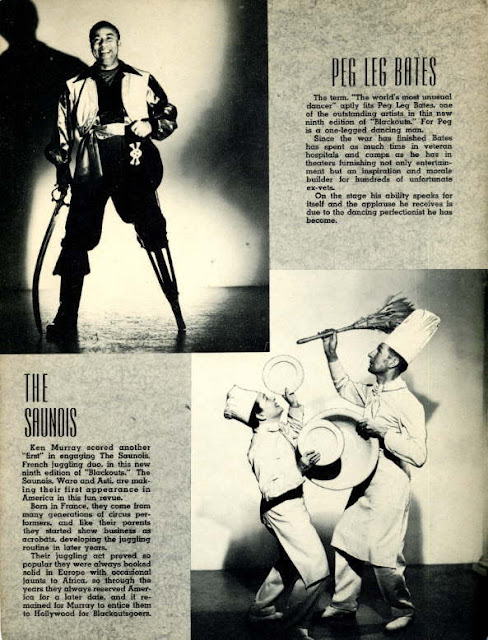 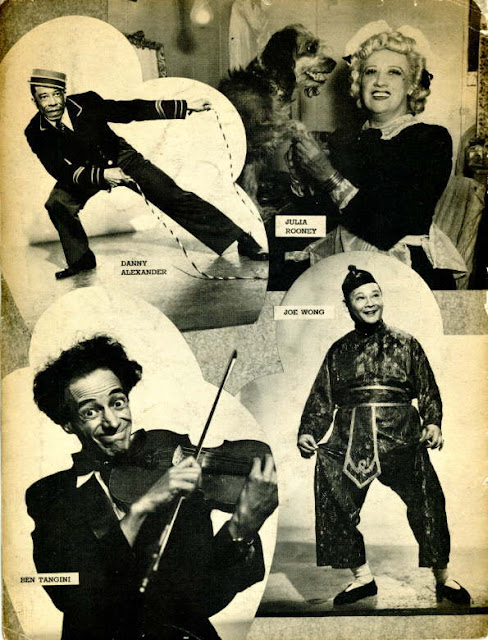