The new look for the 1910 vintage El Centro building, shorn of the stucco that it was wearing for decades. Photo: Google Maps - 2019

Opened: The building was constructed in 1910. By 1914 it housed a movie theatre called the El Centro, one of Hollywood's earliest. By 1915 had become the Ivy Theatre. It's still listed as the Ivy in the 1916 and 1917 city directories. It's also been known as the New Theatre. Later it became a garage.

In 1946 the theatre and a store building south of the original theatre (which had been a vitamin factory) were turned into a legit operation called the Circle Theatre. A number of UCLA drama students including Charlie Chaplin's son Sydney, were involved. Chaplin donated props on occasion. The group was called the Circle Players. See a newspaper article about the opening that was on the El Centro's website c.2010.

In 1974 the original film theatre space became the Cast Theatre with the Circle Theatre continuing under separate management in the storefront space.

Later the complex reverted to the El Centro name with the two venues under single management. The original theatre space was then known as the Chaplin Stage of the El Centro Theatre, a 45 seat legit venue. The storefront space seated 99 and continued under the Circle Theatre name.

The complex was sold in 2012 and was again to be known as the Circle Theatre. The new tenants (and owners) at the time were the theatre companies Black Dahlia and Red Dog Squadron. Perhaps they never got open. Neither of these two theatre groups seems to be active any longer.

Status: There's been remodel work during the last several years. Current use of the building is unknown. 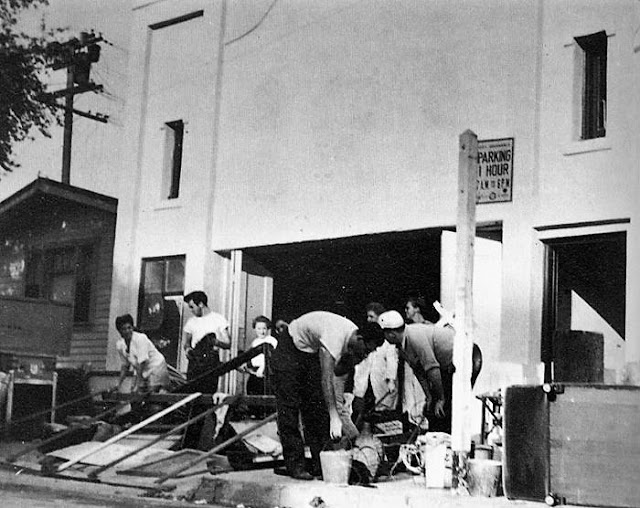 A 1946 construction view, readying the building to be the Circle Theatre. The photo once appeared on the now-vanished website for the El Centro Theatre c. 2010. 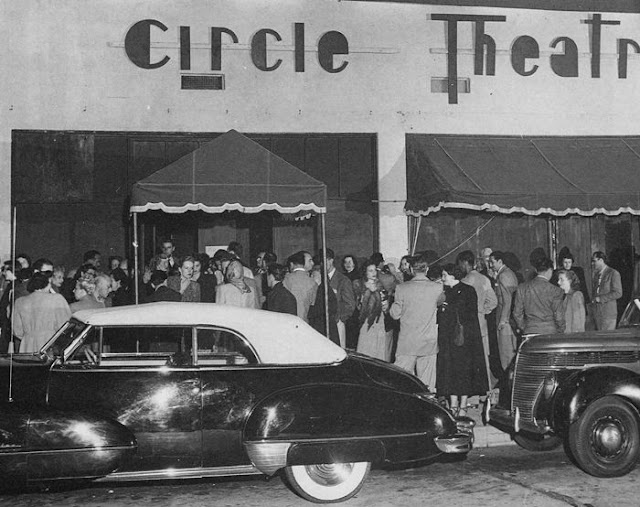 The 1946 opening night of the Circle Theatre, next door to the original Ivy/El Centro. The photo was once posted on the Facebook page Vintage Los Angeles by Philip Mershon but it's now vanished from the site. 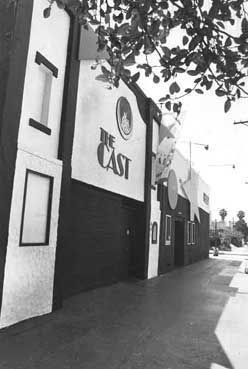 The building as the Cast Theatre in the 1970s. It's a photo that once was on the now-vanished El Centro Theatre website. 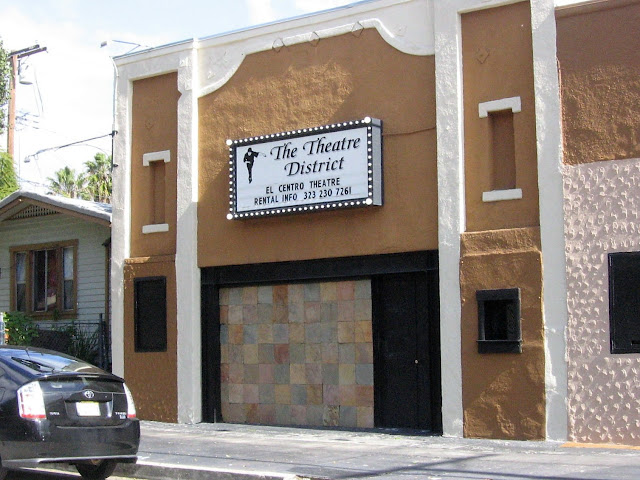 The facade in its stucco-clad days.  Don't you love that tile work in the former entrance? Photo: Bill Counter - 2010 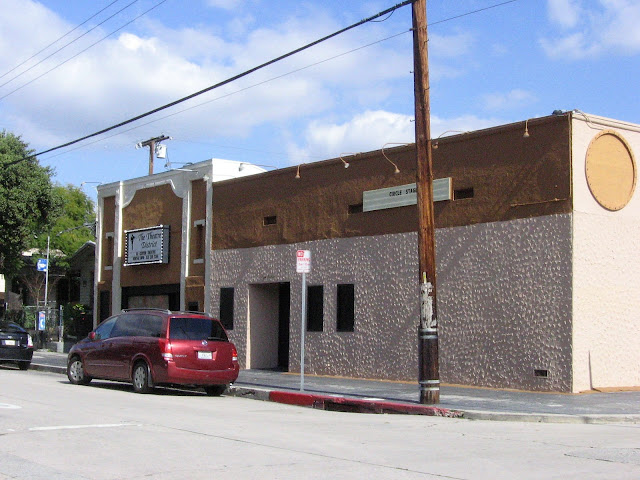 The buildings in 2010. The original theatre is at the left. Photo: Bill Counter

The buildings in 2017. Photo: Google Maps

More Information: See the El Centro page on Cinema Treasures for lots of history about the original movie theatre building and its more famous theatre next door.