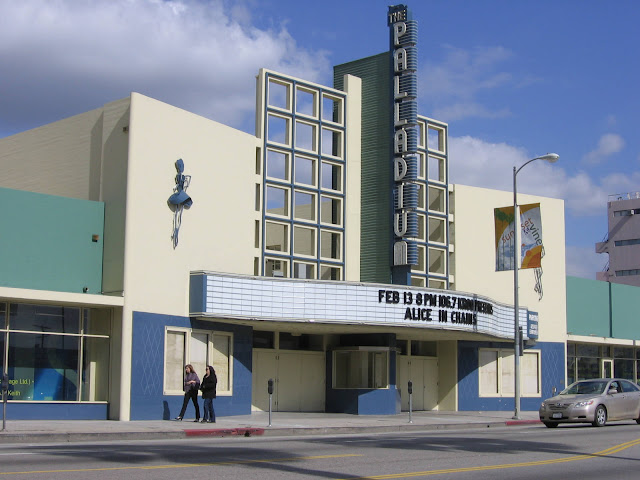 The facade of the 1940 vintage venue, a Gordon Kaufmann design. Photo: Bill Counter - 2010

Opened: September 23, 1940 with the Tommy Dorsey Band and relatively unknown vocalist Frank Sinatra. It was built on land that had been part of the original Paramount Studios lot.

The Palladium in the Movies: 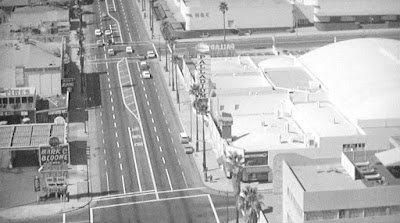 We get some nice aerial shots in the Jerry Lewis film "The Errand Boy" (Paramount, 1961). Here we're looking west on Sunset. It's the Earl Carroll (here renamed the Moulin Rouge) on the left and the Palladium across the street. See the Theatres In Movies post for a Hollywood Blvd. aerial view and visits to the Fox Westwood Village and the Chinese. 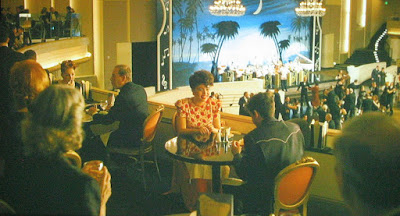 The Palladium is used for the interior of the Monte Carlo nightclub in the Coen Brothers epic of Hollywood "Hail, Caesar!" (Universal, 2016). See the Theatres in Movies post about the film for a view during the shoot at the Palladium as well as shots from the Warner Hollywood, Music Box/Fonda Theatre and the Los Angeles Theatre seen in the film.

Status: Operated by Live Nation as a concert venue. Reopened in 2008 after a lengthy renovation. In 2016 is was declared a Cultural-Historic Monument by the City of Los Angeles. 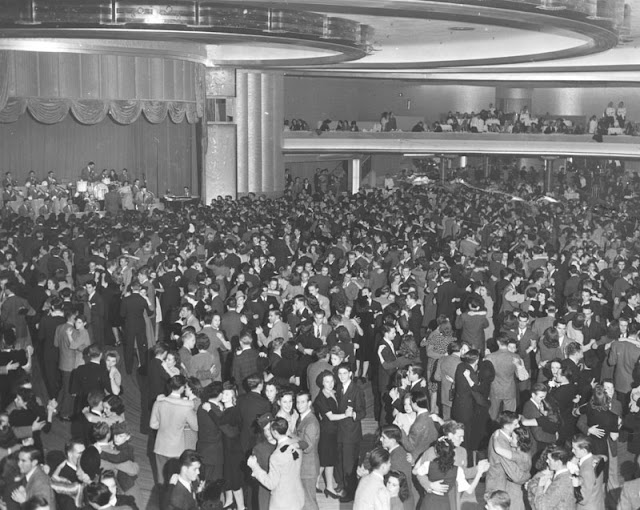 A December 1940 Herald Examiner photo by Gil Harris from the Los Angeles Public Library collection.  Also see another similar LAPL photo of the Palladium in action.

The photo above appears on the History, Los Angeles County blog post "Hollywood Palladium Then." The post reports the L.A. Times account of the opening: "Dorothy Lamour was there to snip the ribbon, spangled with orchids, and as Jack Benny, Judy Garland and Lana Turner looked on, hundreds of couples danced the jitterbug on a 11,200-square-foot dance floor made of maple wood.

With its coral and chromium interior, Streamlined Moderne swoops and shimmering chandeliers, the Palladium that night must have seemed like a dreamy refuge in a world that was growing darker by the day." 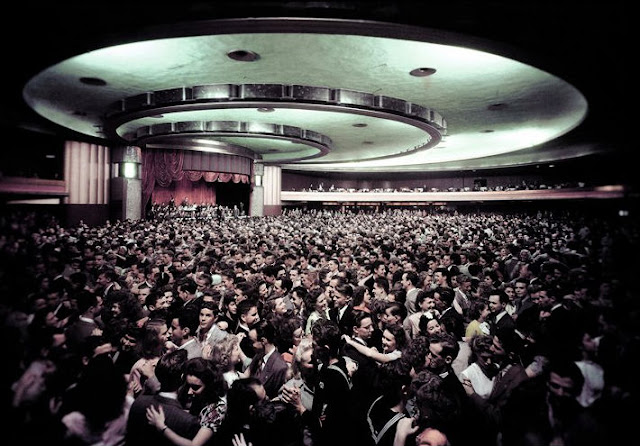 Thanks to Alison Martino for this great 1946 photo on the Facebook page Vintage Los Angeles. 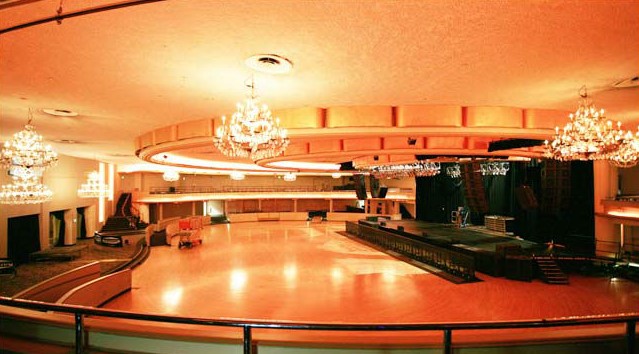 This nice interior by John Eng appears on "Restoring the Palladium," a 2009 Evil Monito blog post by Sunil Rampersad. There's a nice history of the renovation effort and several other photos. 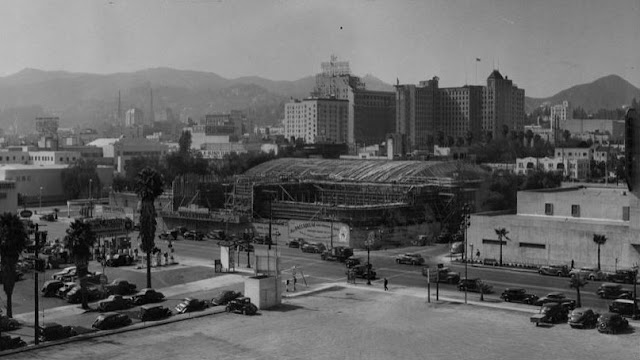 A 1940 L.A. Times photo of the Palladium under construction. Thanks to Al Medrano for finding the shot for a post on the Facebook page Photos of Los Angeles.  It also makes an appearance in the 2017 article "A Timeline of Sunset Boulevard's Key Musical Moments..." on the Times website. 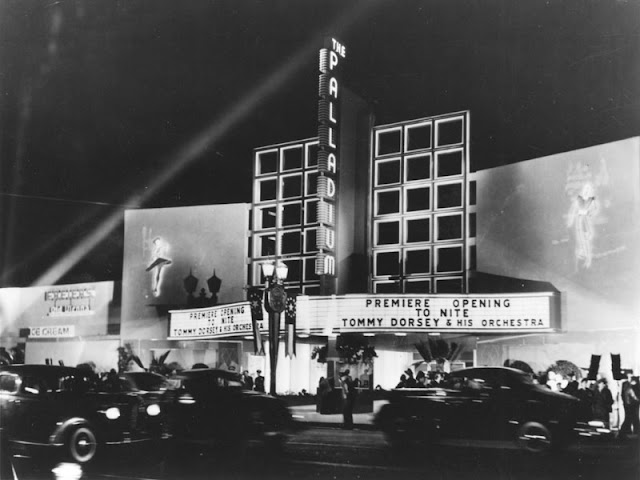 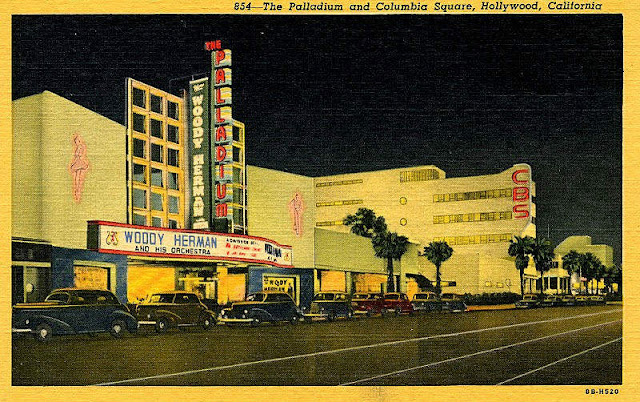 A night postcard view of the Palladium from Brian Michael McCray's amazing Hollywood Postcards collection. The collection used to be on Picasa until Google pulled the plug on that platform. Thanks, Brian! 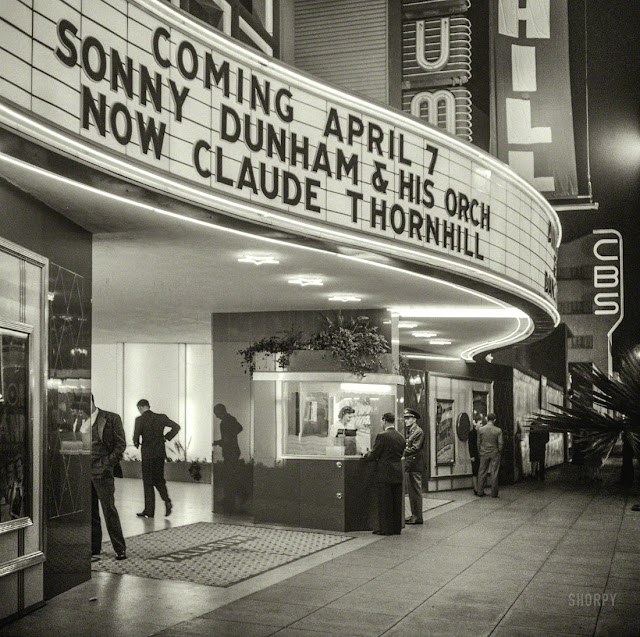 A 1942 entrance detail appearing on Shorpy.  It's a photo taken by Russell Lee for the Office of War Information. 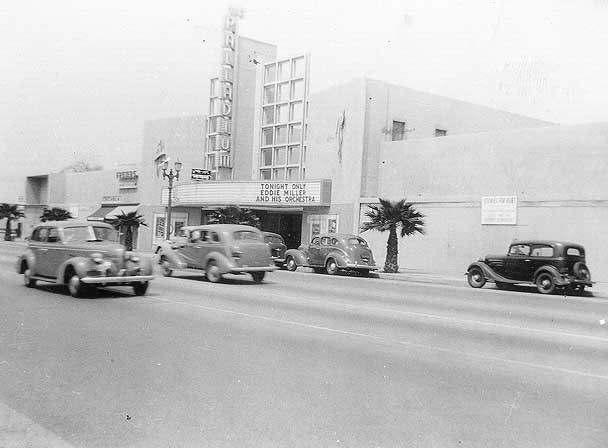 From the Landmarks section of the site Scenes of L.A. in World War II comes this c.1942 view by Dennis Lewis Sr. 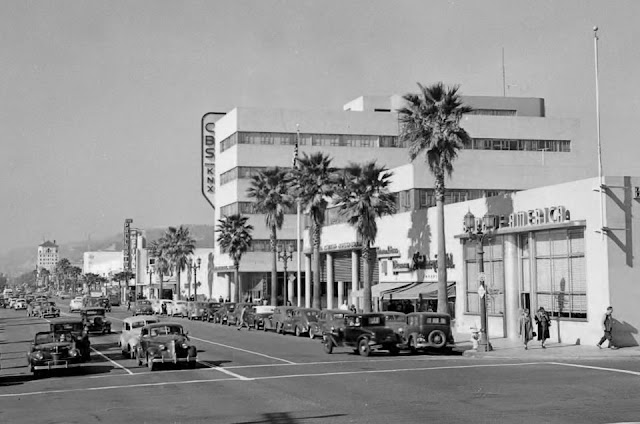 A c.1947 look west on Sunset from Gower toward the Palladium. Thanks to Ken McIntyre for the photo, a post of his on Photos of Los Angeles. 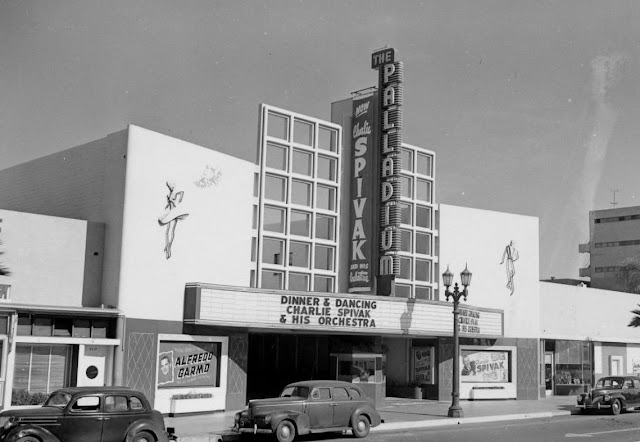 Another c.1947 photo from Ken McIntyre on Photos of Los Angeles. 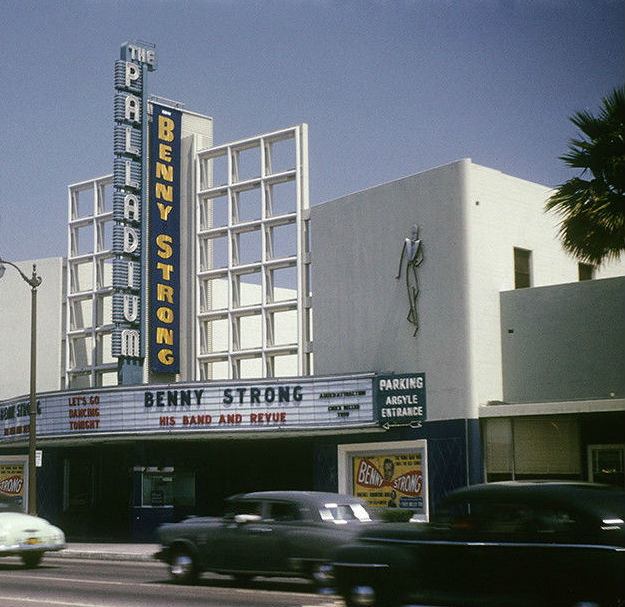 Thanks to Sean Ault for finding this 50s photo. 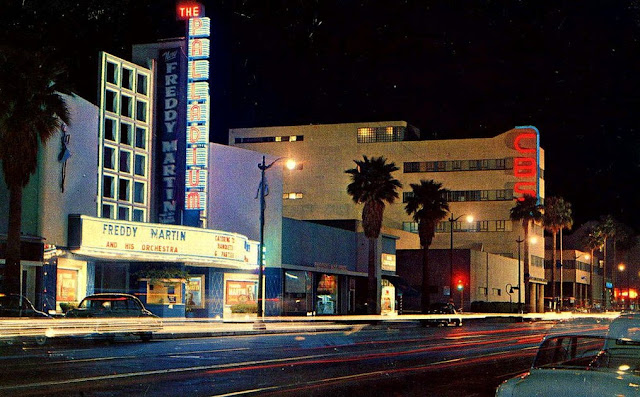 A late 50s card from Cezar Del Valle's collection. Cezar is a Brooklyn-based theatre historian. For other interesting material check out his Theatre Talks blog and visit him on Facebook. Thanks, Cezar!


The card was postmarked 1958. On the back: "The Palladium, Hollywood California, located in the midst of Hollywood's radio row, which boasts one of the largest dance floors in the world, and also features top names in the musical world." 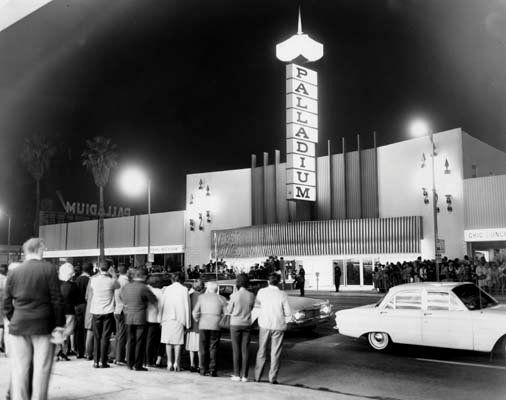 An undated view of the Palladium once posted by Camille Grasso on the Mid Century Modern Facebook page. 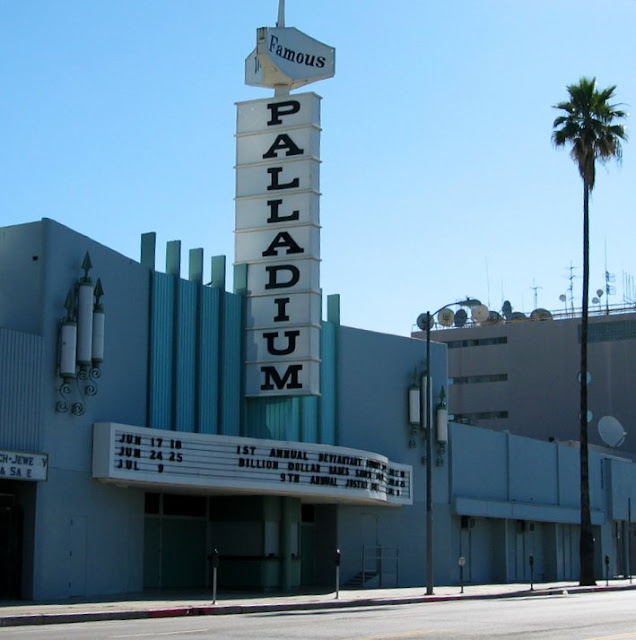 The Wikipedia entry on the Palladium includes this 2005 pre-renovation photo along with a great history of the venue and links to other resources. 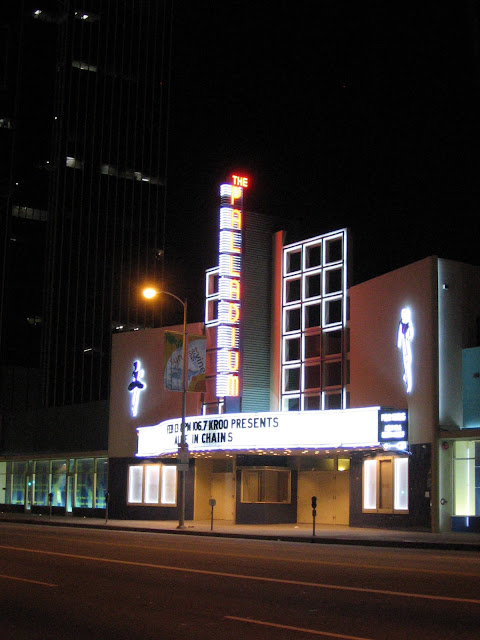