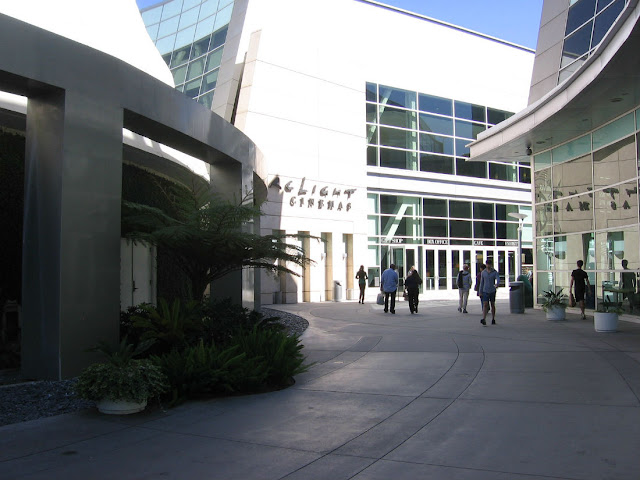 It's a 14 screen complex that opened in 2001. Along with a 24 Hour Fitness, a couple of restaurants and various other tenants,  it wraps around the backside of the 1963 vintage Cinerama Dome. Here we're looking east toward the ArcLight lobby with the Dome at the left.  Photo: Bill Counter - 2013

The complex is on two levels -- half of the theatres are up, half down. All seating is reserved with a mix of blockbusters, art fare and revivals offered. There's a nice cafe in the lobby. Discounted parking is available in the adjacent garage.  ArcLight is an offshoot of the Pacific Theatres chain. 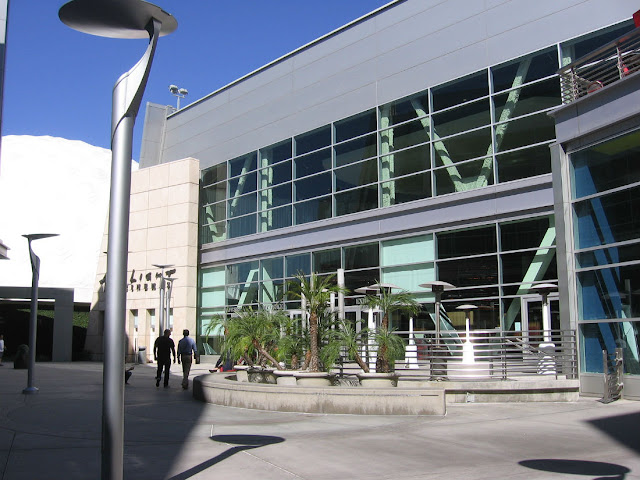 The courtyard on the west side of the lobby. Photo: Bill Counter - 2013 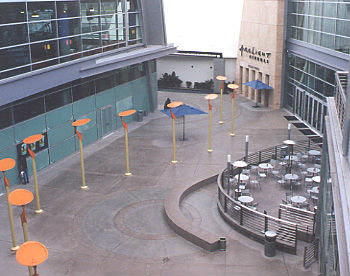 The site Public Art in L.A.'s list of Sculptural and Other Public Art Works includes a page on the ArcLight with this view of the courtyard taken from the parking garage. 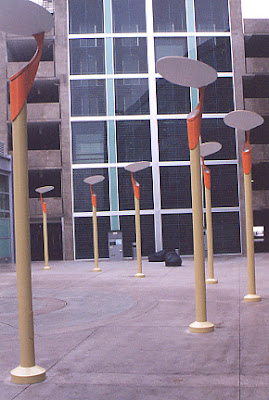 A closer look at the light standards from the site Public Art in L.A. 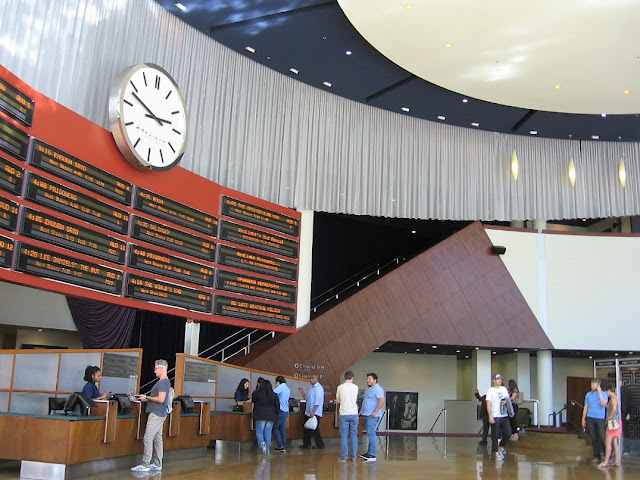 A lobby view. The stairs beyond the boxoffice go to the upstairs cinemas. Photo: Bill Counter - 2013 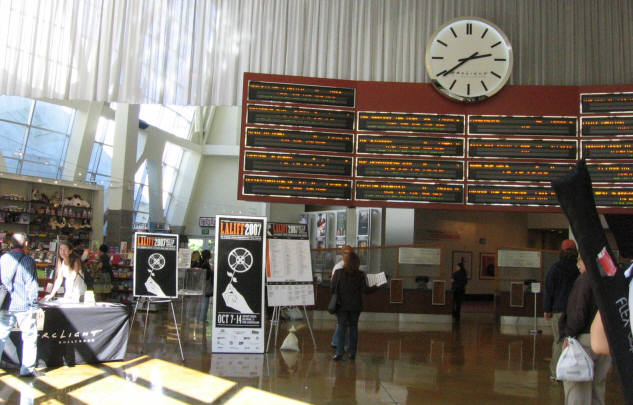 The gift shop on the north side of the lobby. Photo: Bill Counter - 2007 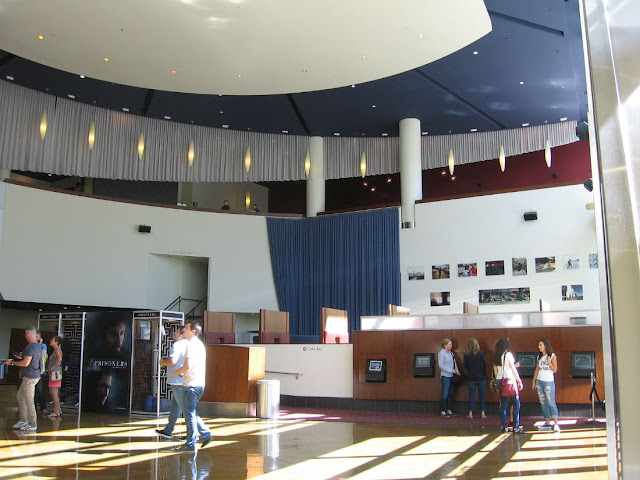 The south side of the lobby. The cafe is in the raised area beyond. Up above center is the entrance to auditorium 8. There's a bar area on the upper level to the right. Photo: Bill Counter - 2013 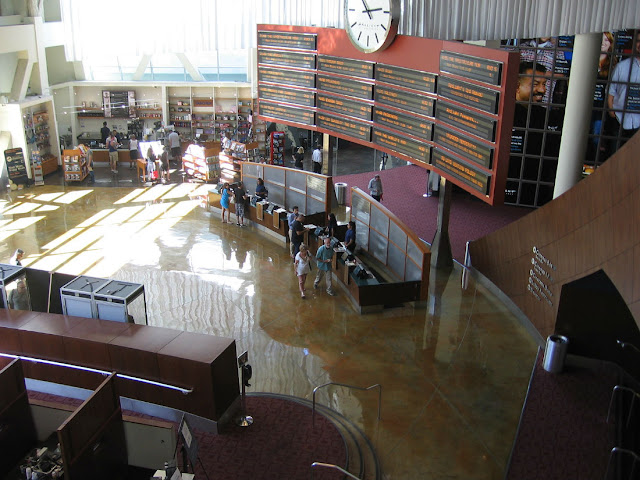 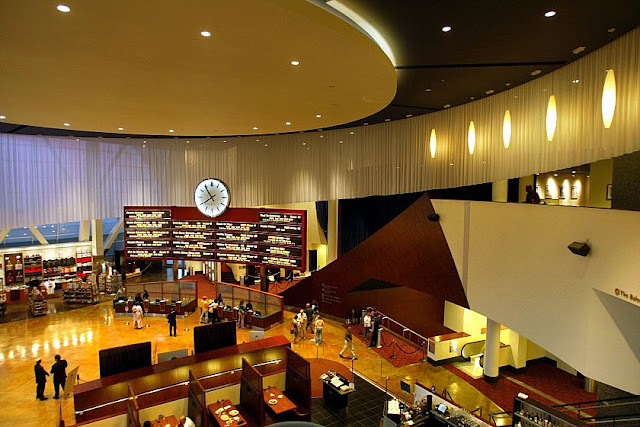 A photo by Genaro Molina for the L.A. Times that appeared with "How will movie theaters make customers feel safe after coronavirus?," an April 30, 2020 Times article by Ryan Faughnder. It was just one piece in a special Calendar section report with 11 articles titled "Coming....Someday. What's Next For the Movies?" Much of the section was about what has to happen to get production started but Ryan's article was more about the theatre end of the business. 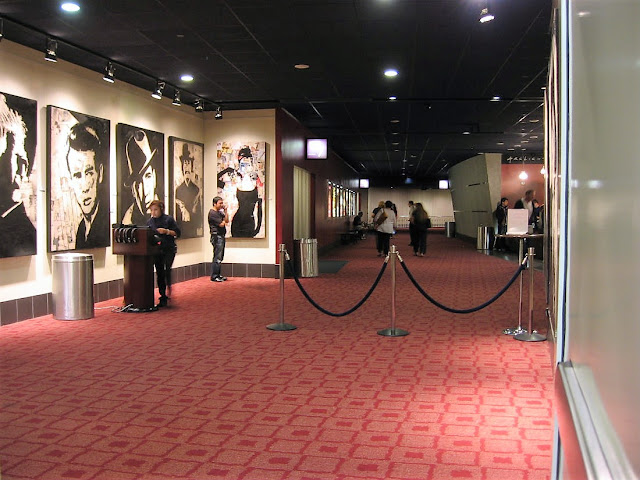 An inner lobby area. There are two --one for the upstairs houses and another downstairs. Photo: Bill Counter - 2013 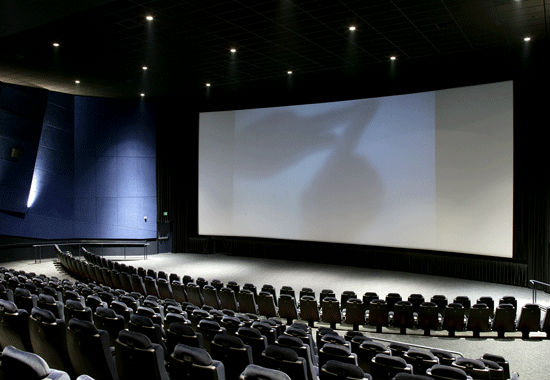 One of the ArcLight auditoria. The screen in the largest house is 62'. The photo appeared with a Modern Home Theatre article about the complex. 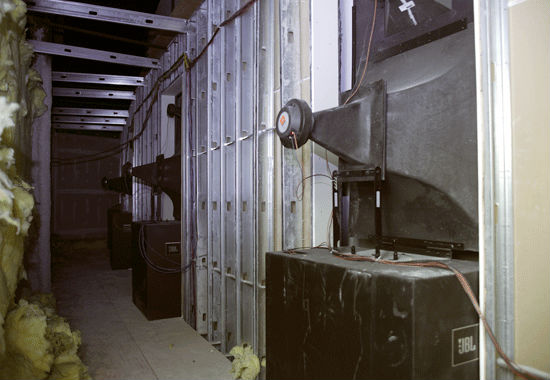 A view of a speaker system installation showing the components installed in a THX-style wall in one of the ArcLight theatres. It's a photo from the Modern Home Theatre article.

The ArcLight in the Movies: With the big clock in the lobby, was this the inspiration for the ArcLight? "Do you really like movies? When's the last time you went to see a movie in a theatre?... A movie that really meant something to you?" asks Lindsay Lohan in Paul Schrader's "The Canyons" (IFC Films, 2013).

This wide-angle shot of the abandoned Grand 12-plex in New Orleans is in the opening credits for the film, which begins and ends with desaturated views of abandoned movie theatres. Written by Bret Easton Ellis, it's a thriller about some sad people on the fringes of the film business. See the Theatres In Movies post for more shots from "Canyons."

More information: See the page here on this site about the Cinerama Dome.

And visit the Cinema Tour page for 25 photos of the complex. You'll also find some nice exterior views on From Script to DVD. Cinema Treasures has a combined page for the ArcLight and the Dome.

The Pacific Theatres complex in Culver City is now  branded as an ArcLight. They also opened a new complex in Santa Monica Place in 2015. See a 2014 story in the Santa Monica Mirror. 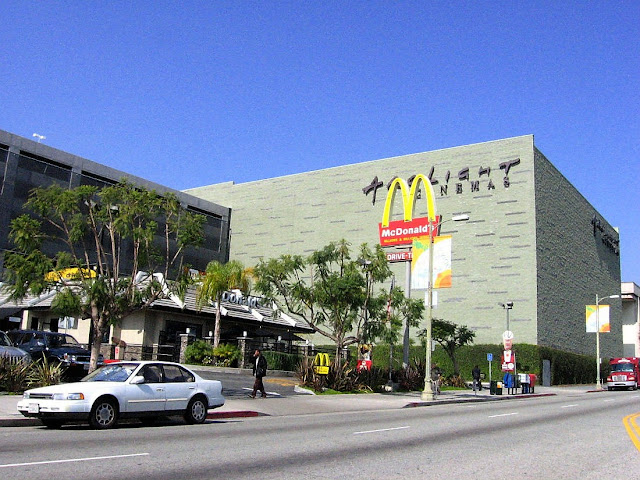 The ArcLight complex from south of Sunset on Vine St. Photo: Bill Counter - 2010