Opened: The first version of the Apollo Theatre opened in 1916 or earlier. It's in the 1916 city directory with an address of 5552 Hollywood Blvd. The location was just west of Western Ave., between Western and St. Andrews Place.

A replacement building was planned in 1919 to be erected nearby, east of Wilton Pl. Cinema Treasures researcher Joe Vogel found an article in the November 8, 1919 issue of the paper Holly Leaves, available on Google Books, that discussed the plans of architect C.S. Albright for the new theatre. Although this project didn't happen, Albright did get to do the replacement building a year later just east of the original Apollo.

Architect: The architect of the first Apollo is unknown. C.S. Albright designed the second Apollo building, under construction in 1920 and 1921. 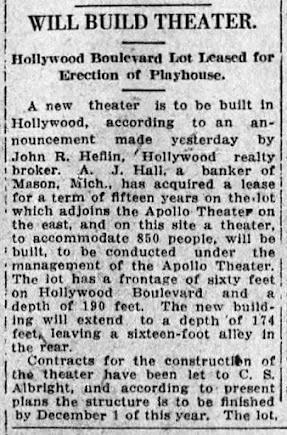 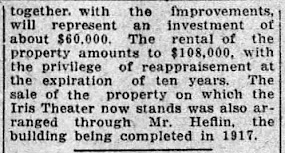 This 1920 item about the new version of the Apollo appeared in the L.A. Times. Thanks to Ken McIntyre for finding it for a post on the Photos of Los Angeles Facebook page.

Joe Vogel found this item about the deal in the August 11, 1920 issue of Builder and Engineering News:

Evidently construction didn't begin until early the next year. Thanks to Ken McIntyre for this 1921 article appearing in the Hollywood Evening Citizen-News. He included it in a post on the Photos of Los Angeles Facebook page.

The second Apollo opened February 17, 1921. Again thanks to Joe Vogel for the research. He found this item in the February 9, 1921 issue of The Film Daily:

"Los Angeles — The new Apollo on Hollywood Blvd., which will be about the last word in elegance among residential district picture houses, will open shortly with a pre-release of the latest Christie special comedy, ‘Hey, Rube,’ featuring Bobby Vernon, as one of the features."
Seating: 600 later. Originally advertised as 900. 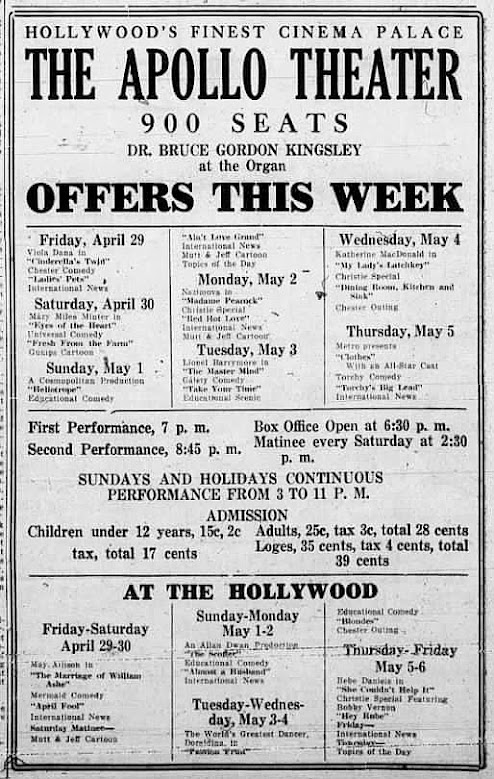 An April 29, 1921 ad for the Apollo and Hollywood theatres from the Citizen-News. Thanks to Ken McIntyre for adding it as a comment to a post on the Photos of Los Angeles Facebook page. 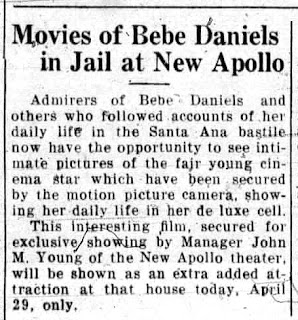 An April 29, 1921 item Ken McIntyre located in the Hollywood Citizen-News. The Bowers Museum has a fine article on their blog about Bebe's January encounter with the law in Santa Ana: "Bebe in the Woods: Santa Ana's Jailed Star."

West Coast Theatres took over the operation sometime in 1921. In the 1922 and 1923 city directories it's listed as the New Apollo. After West Coast became part of the William Fox empire it was called the Fox Apollo. In later years it was a foreign film house running as the Apollo Arts. 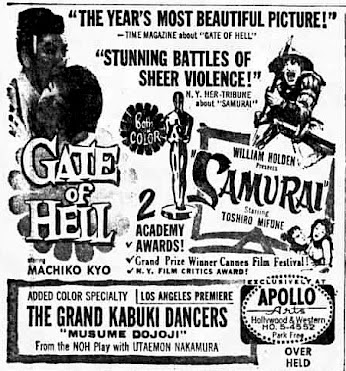 An August 1960 ad. Thanks to Ken McIntyre for locating it for a post on the Photos of Los Angeles Facebook page. Darrell Kunitomi commented:

"I am of the humble opinion that movies and music had a lot to do with the easing of hate for us after WW ll -- movies like 'Sayonara,' 'Bridge to the Sun,' 'Geisha Boy,' 'Seven Samurai' and others -- even 'Godzilla' and 'Rodan' helped. And in the mid Sixties, two decades after the war ended, it was amazing that a Japanese language song made it to #1. 'Sukiyaki.' Which oh, by the way, has nothing to do with the delicious dinner, it's a song about 'holding one's head up, even as the tears fall.' *How could I leave out our greatest hero story, 1951's 'Go For Broke'! A bare six years from 1945."
Shan Sayles was operating the Apollo Arts in the 60s with Robert Cuzan managing. He also had the Vista, then branded as the Vista-Continental, and the former Carmel Theatre on Santa Monica Blvd., by the time of this 1961 article rebranded as the Paris. The article discusses the promotion of the Apollo manager: 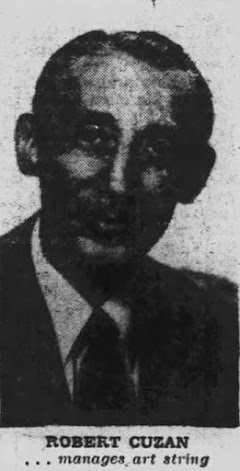 Thanks to Ken McIntyre for locating the article for a post on the Photos of Los Angeles Facebook page.

It became the Star Theatre on April 30, 1971. It ran as a grindhouse charging 49 cents admission, later up to 99 cents before 7pm. Thanks to Mike Rivest for locating the April 30 ad.

Another 1971 ad. Thanks to Ken McIntyre for this one.

Mark Valen comments: "I worked for Shan Sayles when he owned the Star, the Nuart and the Mayfair in Santa Monica. We would play double features for 99 cents. Always had to be sure to get enough rolls of pennies from the bank on Friday afternoons to supply the weekend. Folks got angry if they didn't get their change." 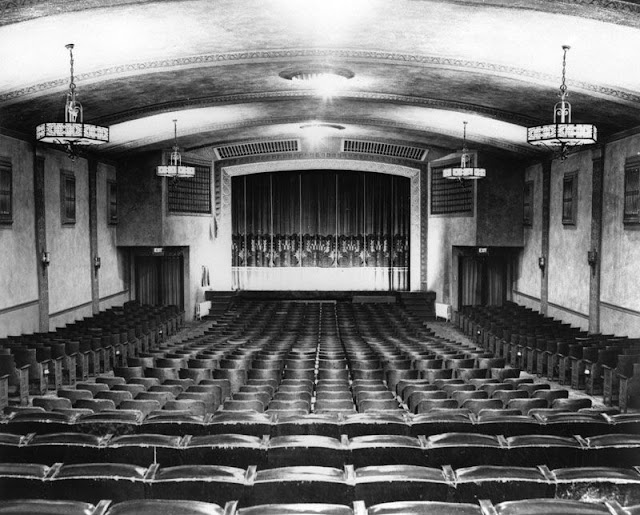 A 1946 view of the interior in the Los Angeles Public Library collection. Evidently it remained little changed until the theatre's demise. 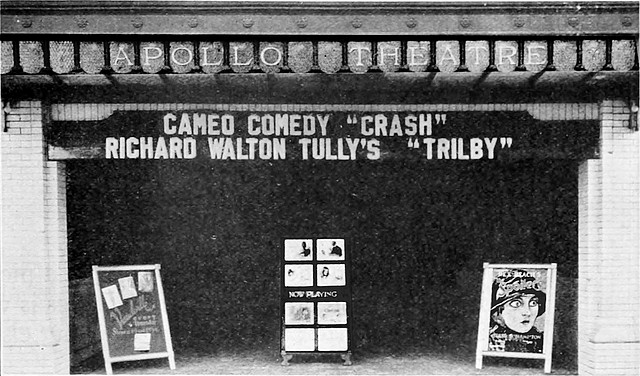 A 1923 trade magazine photo appearing with this copy: "A nice look at the double-line illuminated attractor at the Apollo Theatre in Hollywood which promotes both the feature and the short." Thanks to Dallas Movie Theatres for locating it for a post on Cinema Treasures. 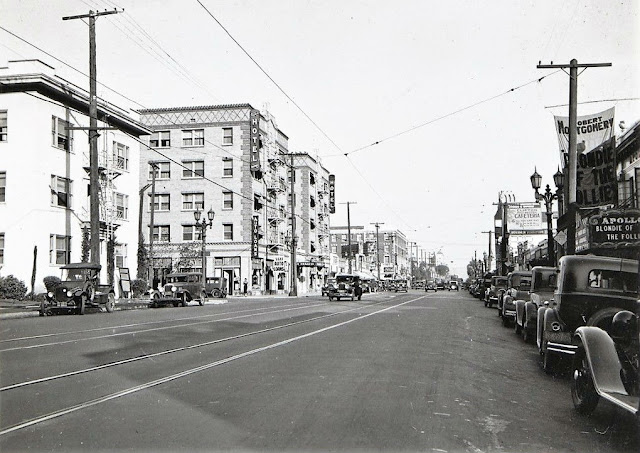 An Anton Wagner photo c.1932 looking east on Hollywood Blvd. with the Apollo over on the right. It's on the website of the California Historical Society.

Thanks to Noirish Los Angeles contributor BifRayRock for the find. He has it on his Noirish post #37351. He notes that the hotel building in the center of the photo (still there) is the former St. Francis Hotel. 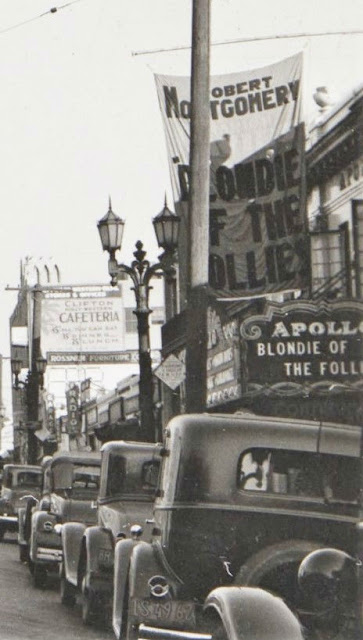 A detail from Mr. Wagner's photo. They're running "Blondie of the Follies" with Robert Montgomery, a September 1932 release. Anton Wagner took hundreds of photos of the L.A. area in 1932 and 1933 for a thesis topic having to do with the way the area's topology influenced the character of its inhabitants. 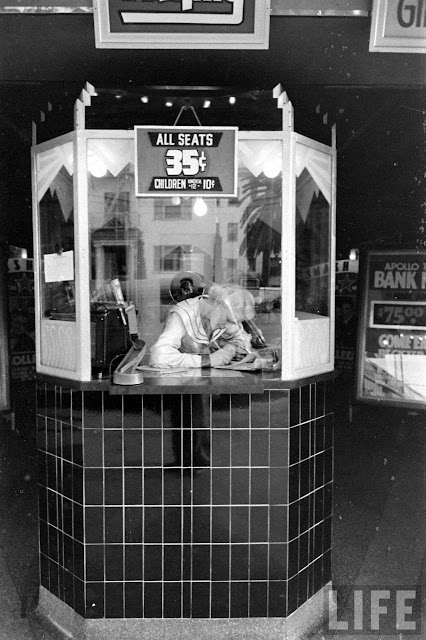 An undated Life Magazine boxoffice photo. Thanks to Noirish Los Angeles contributor BifRayRock for finding it in the collection. He's got it, with other Life views on his Noirish post #40455.  It's on Google/Life Images where you can browse the Life Photo Archive. 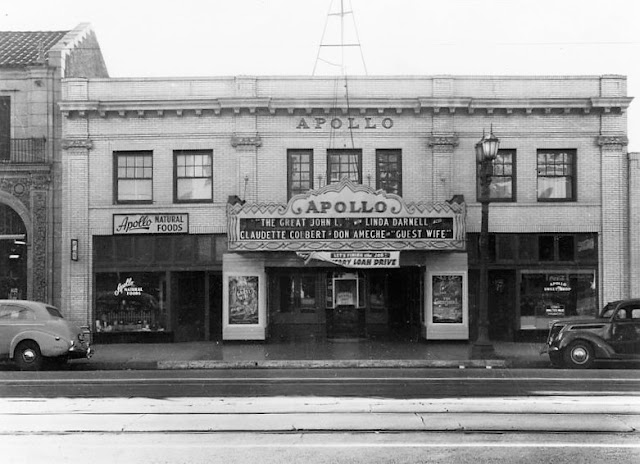 The theatre in 1945. It's a Los Angeles Public Library photo. It's also in the Bruce Torrence Historic Hollywood Photographs collection, their #T-003-1. 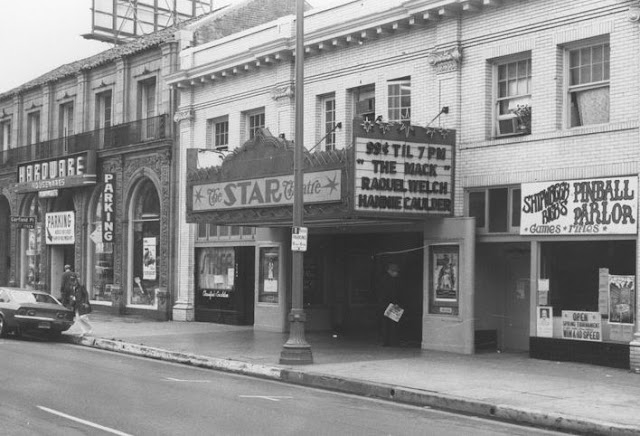 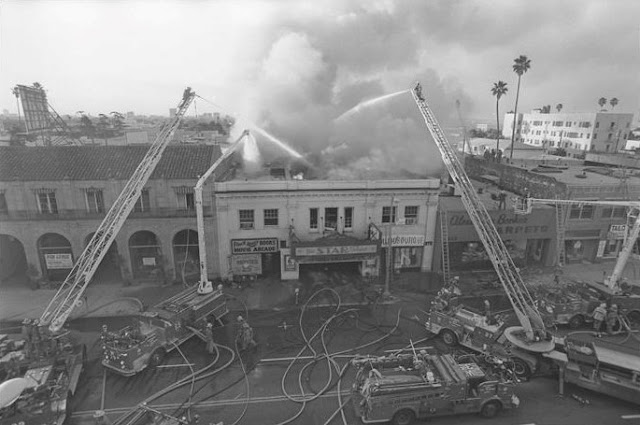 The end of the Star in December 1976. The photo is on Calisphere from the UCLA L.A. Times Photographic Archive.

More Information: Fond frequenters of the Star tell their tales on the Cinema Treasures page.