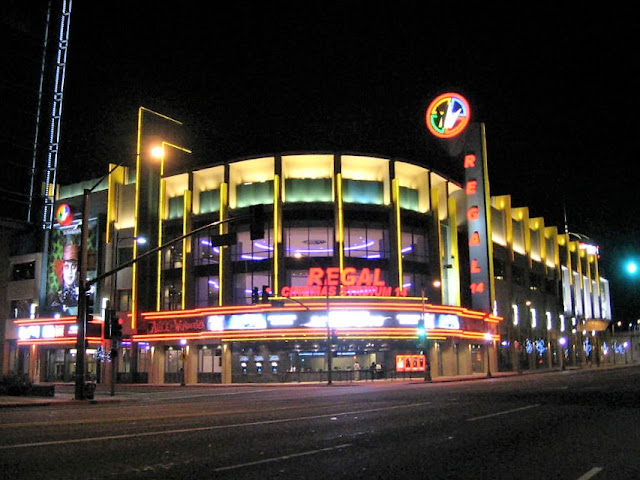 Opened: October 2009. The 14 screen theatre at Olympic and Georgia St. is part of the L.A. Live complex controlled by Phillip Anschutz' AEG. He sold the Regal circuit in 2017 to the British firm Cineworld Group. Photo: Bill Counter - 2010 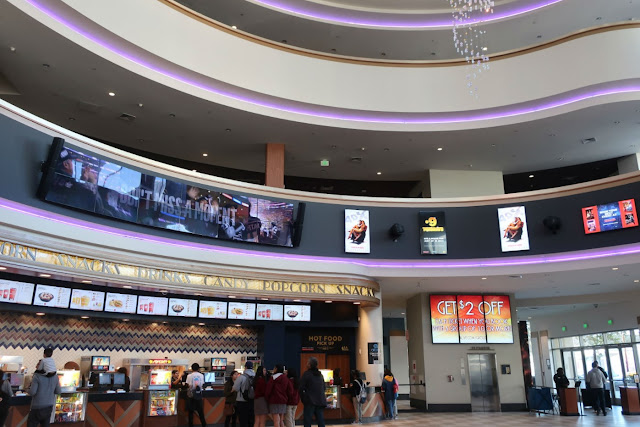 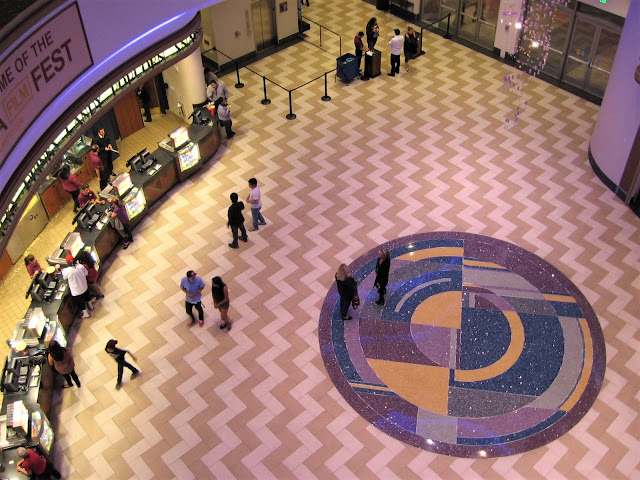 Looking down from the top level of the lobby. Photo: Bill Counter - 2012 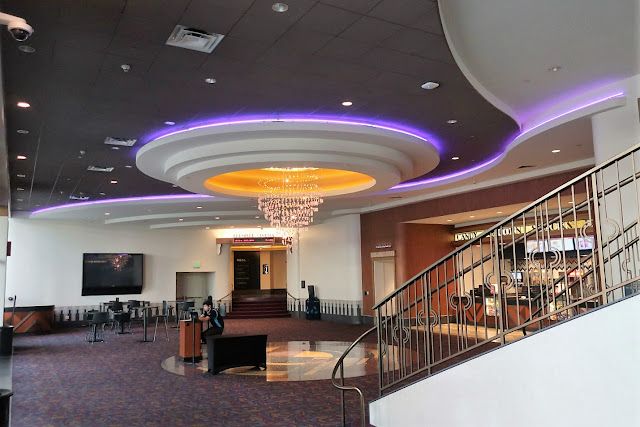 The lobby area for the Premiere Theatre. Photo: Bill Counter - 2019 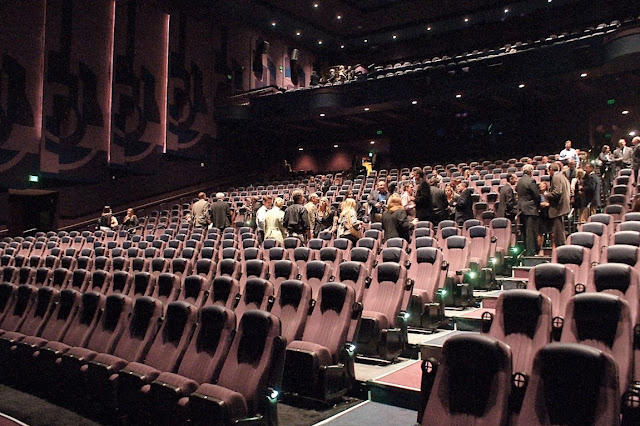 The Premiere Theatre. Thanks to Eric Richardson for his 2009 photo on Flickr. 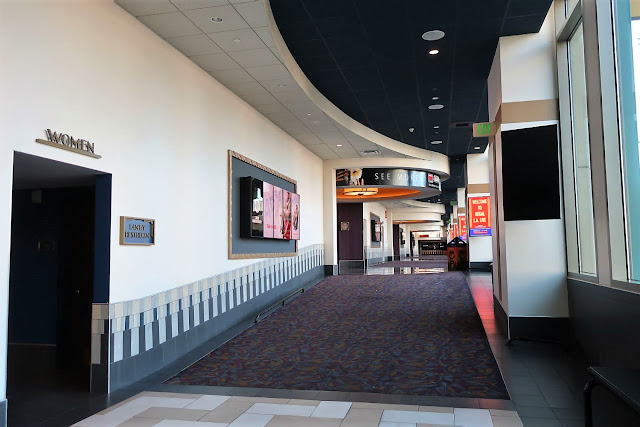 The main floor corridor leading to auditoria 2 through 7. Olympic Blvd. is out the windows to the right. Photo: Bill Counter - 2019 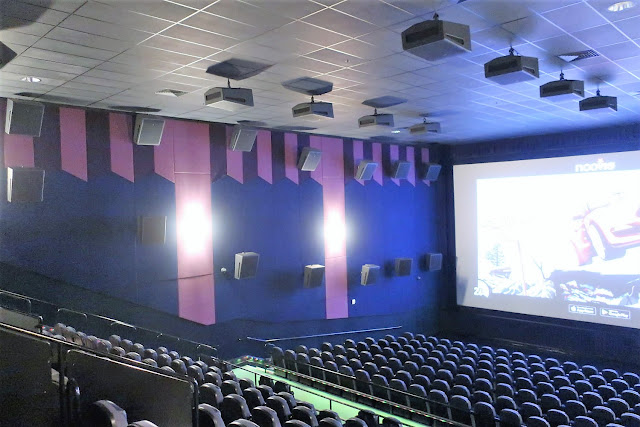 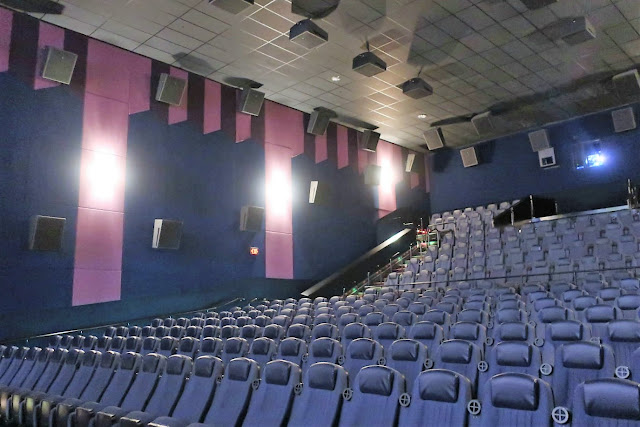 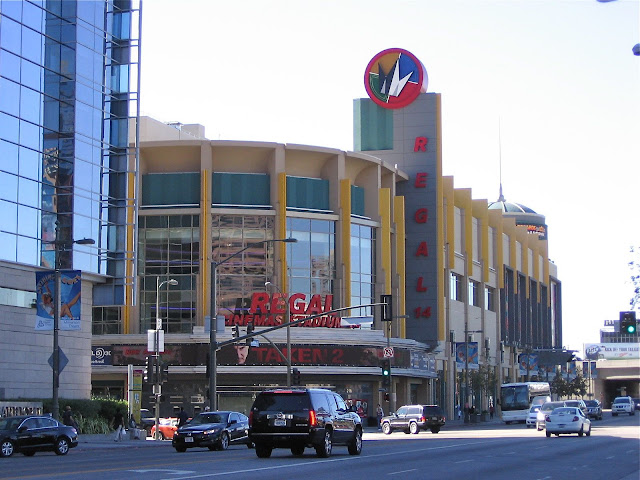 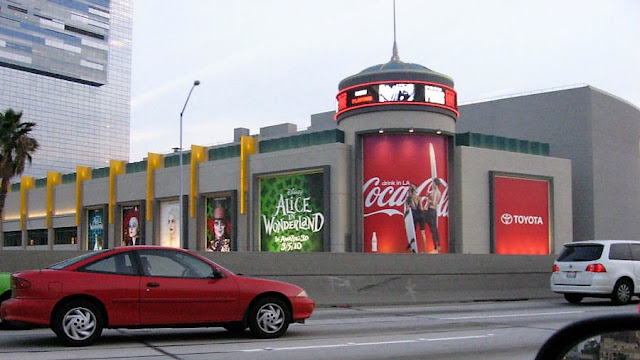 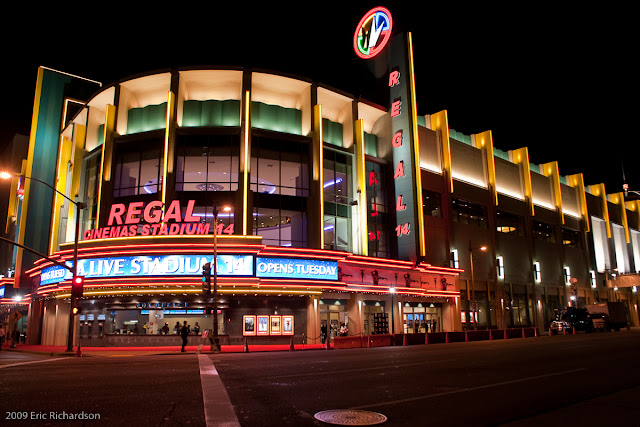 A 2009 pre-opening view. Thanks to Eric Richardson for the photo on Flickr. 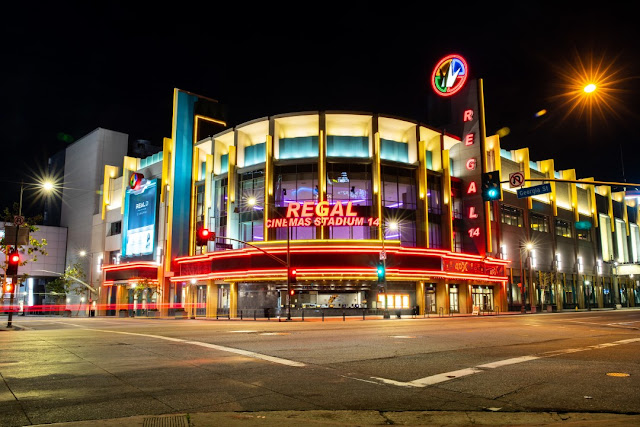 A 2020 photo by Jay L. Glendening for the L.A. Times that appeared with "Coming....Someday. What's Next For the Movies?," an April 30, 2020 Times special report. Much of the content in the 11 articles was about what has to happen to get production started but Ryan Faughnder's article "How will movie theaters make customers feel safe after coronavirus?" was more about the theatre end of the business.

More Information: See the Cinema Tour page for 12 photos by Chris Utley. Cinema Treasures also has a page on the Regal.

The L.A. Times had a March 2014 article on Regal's plans to install a 4D auditorium in partnership with CJ Group, a Korean company. In 2015 the complex got a liquor license.