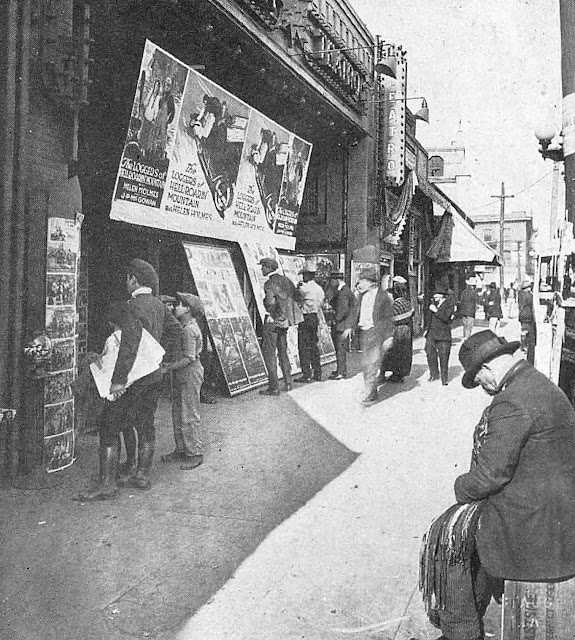 Opened: Sometime around 1911. It was listed as the Metropolitan Theatre in the 1911 through 1921 city directories. Sometimes it's listed at 513 N. Main, sometimes at 515. It was at least partially new construction as a smaller building was shown as being on the site in a 1910 real estate map. Abraham L. Gore is listed as the proprietor in the 1912 directory.

"The last stand of the 'wild west' picture show." We're looking north toward the Plaza church after the theatre had become the Teatro Estella. Thanks to Sean Ault for finding the photo. It appeared with "Main Street! Back to the Plaza...and Back," an article by Charles K. Bowen in the February 1924 issue of the Pacific Electric magazine. The building on the right that's on the north side of the Plaza can be seen more clearly in photos #83150 and #2027, two 1920s views from the Los Angeles Public Library collection. 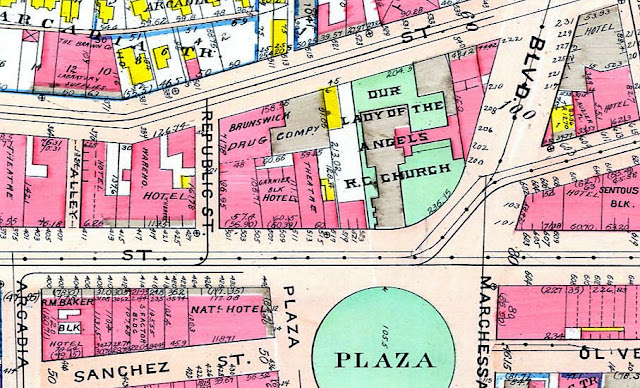 The 513-515 N. Main addresses are shown as a theatre in the center of this detail from Plate 003 of the 1914 Real Estate Survey from Historic Map Works. The location is a few storefronts to the left (south) of the Plaza church.

In the 1915 city directory the Metropolitan is listed in the alphabetical section on Main St. but under "motion picture theatres" but they use a 257 E. 5th address. It's a goof. The theatre on 5th was using the Metropolitan name in 1908 and 1909 but not much beyond that. In the 1916 directory this theatre on Main made it into the alphabetical listings but missed a listing under "motion picture theatres." Maybe they were still trying to figure what went wrong with their listings in 1915.

A 1918 ad for the theatre as the Metropolitan. Thanks to Ken McIntyre for locating it. 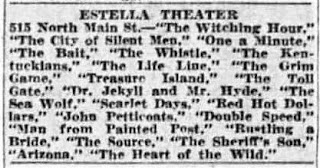 It was still operating as the Estella in 1929 and is in the 1930 city directory.

Closing: The closing date unknown but it evidently survived at least until 1930. There's nothing listed at 513 or 515 N. Main in the 1932 city directory.

Status: The building was demolished sometime prior to 1949. 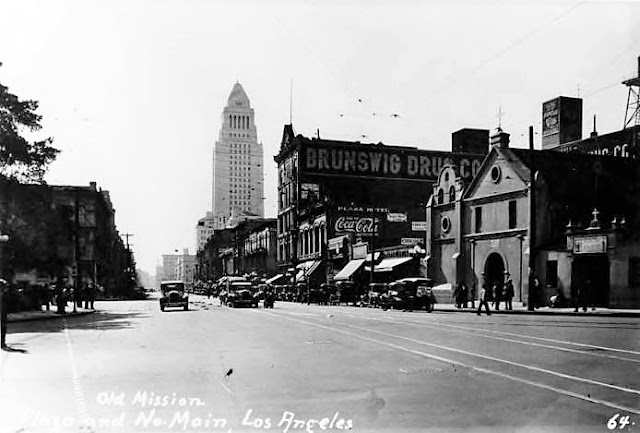 1931 - Looking south toward City Hall. The Estella had been in the squat building just this side of  the one with the Coca-Cola sign on it (the Plaza Hotel building). It's a photo from the El Pueblo Monument collection appearing on the Los Angeles Public Library website. 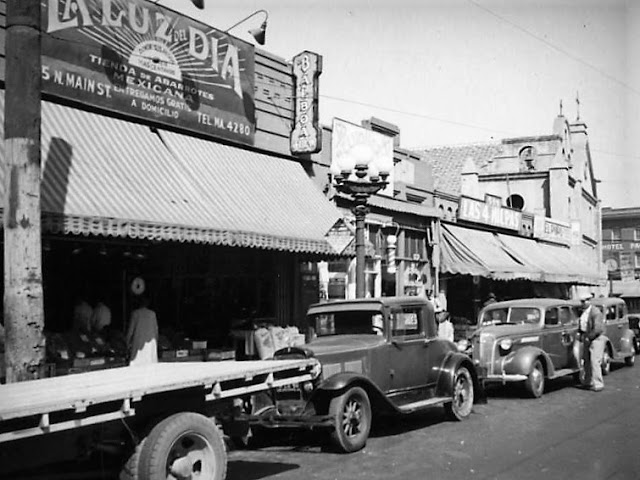 c.1937 - On the left it's the former Estella Theatre repurposed as a Mexican market. It's a Herman Schultheis photo in the Los Angeles Public Library collection. 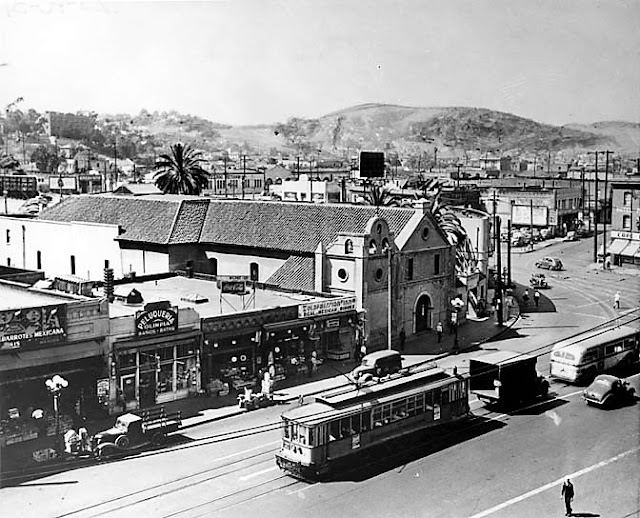 1946 - The former Estella is on the far left in this fine view looking northwest. Thanks to Cinema Treasures researcher Joe Vogel for finding the photo in the city's El Pueblo Monument collection. The curved building around to the right of the church was the Azteca Theatre. 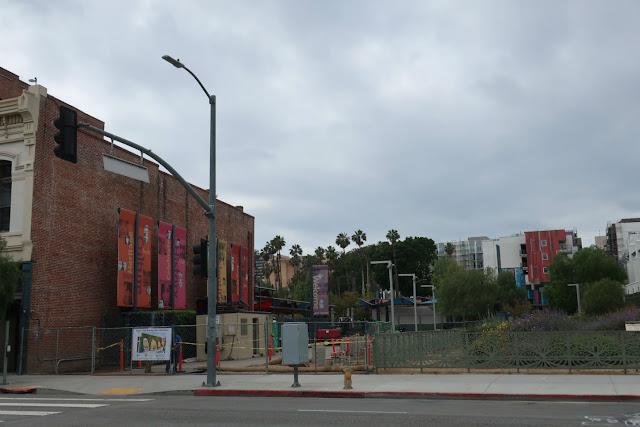 2019 - The site of the Estella. The signage says that a Historic Paseo Walkway is under construction. That's a bit of the former Plaza Hotel building at the left, also referred to as the Garnier Block. Photo: Bill Counter

More Information: See the Cinema Treasures page on the Estella for lots of discussion about this location and the Teatro Hidalgo at 373 N. Main St.