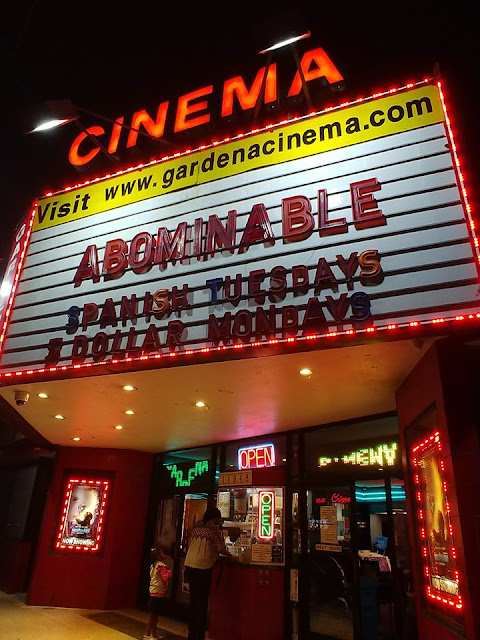 Opened: 1947. It's on the east side of the street between 147th St. and Marine Ave. The photo is a 2019 view that appeared on the Gardena Cinema Facebook page.

At some point is was called the Morning Calm Theatre. In the early 60s as the Park Theatre it was run by Harry Milstein's Grand Theatres as a second run house like their Grand and Stadium theatres in Torrance. Pacific Theatres was later involved. Sometimes it ran Spanish language films as well as occasional Korean and Japanese films.

In the late 70s and into the mid- 80s it was the Teatro Variedades with Mexican films and the occasional live variety show. In 1995 the Kim family, who had operated it since 1976, turned it into the Gardena Cinema, running as an independent single screen house with first run films.

It closed in early 2020 as a result of pandemic restrictions. They did several drive-in events in late 2021 but nothing indoors.

Status: The family reopened the theatre in October 2022. The website for ABC7 discussed the difficulties in maintaining the business in their November 15 story "Independent Gardena Cinema in South Bay offers old Fashioned movie-going experience." 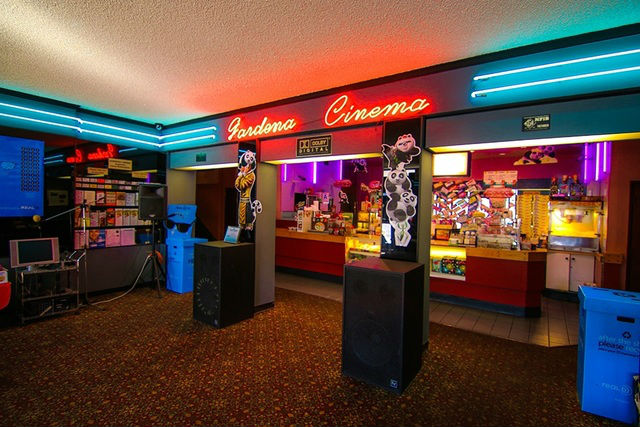 A lobby view. Thanks to Granola for the photo, a 2018 post on Cinema Treasures. 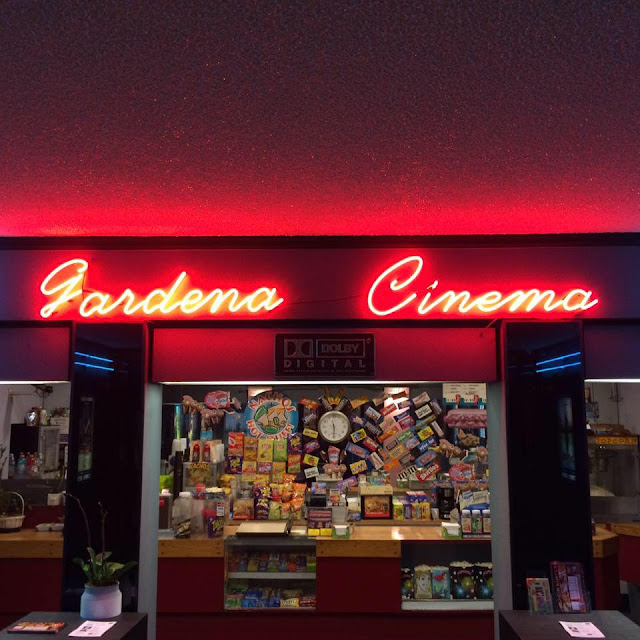 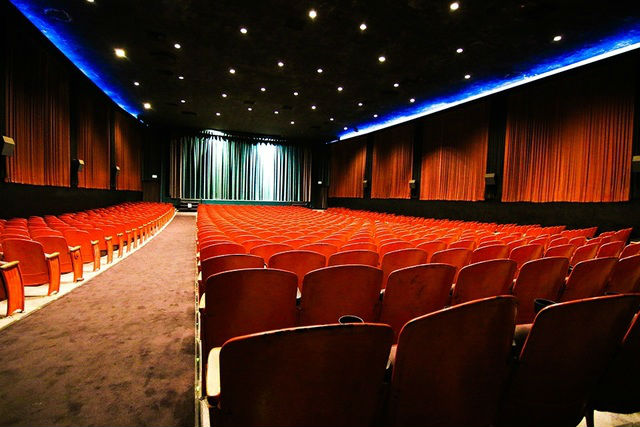 A view toward the screen. Photo: Granola - Cinema Treasures  - 2018 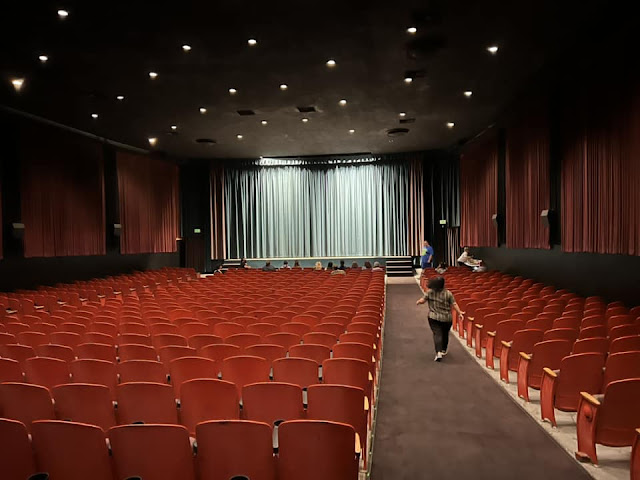 A 2022 look down the aisle by April Wright. She included it in a big Facebook post highlighting all the adventures she had during the year. 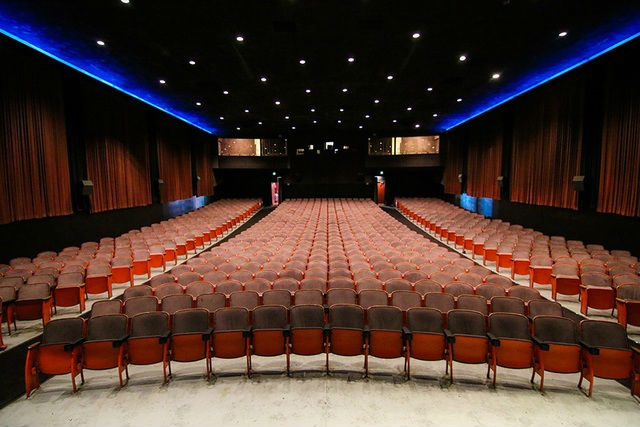 The rear of the house. Note the cry rooms adjacent to the projection booth. Photo: Granola - Cinema Treasures  - 2018 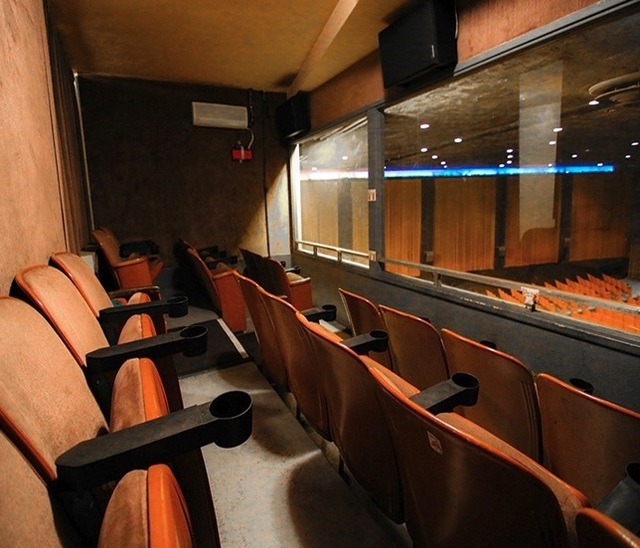 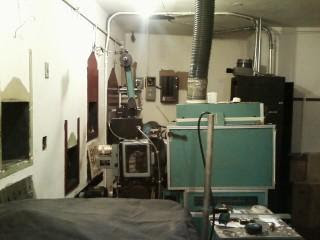 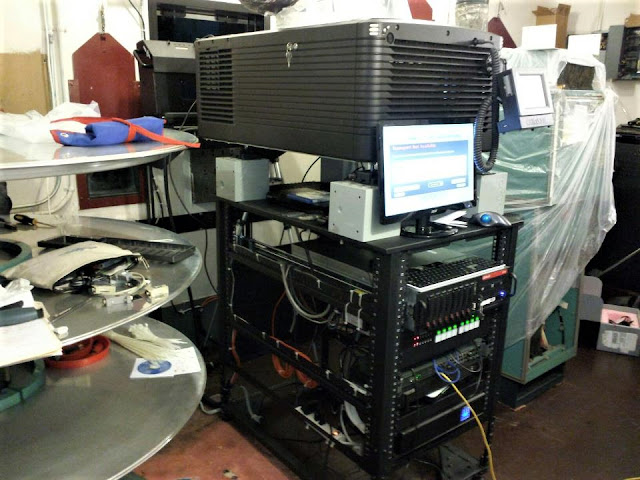 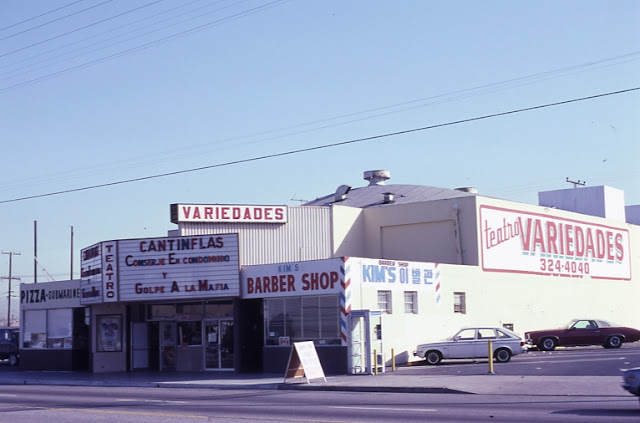 Thanks to American Classic Images for this January 1983 view from their collection of the theatre as the Teatro Variedades. 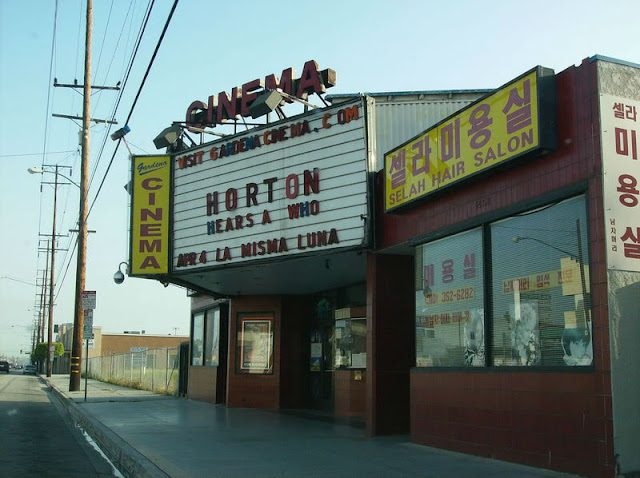 A 2008 photo by Ken McIntyre. Head to this one in his Photobucket album and you can page ahead for two more. 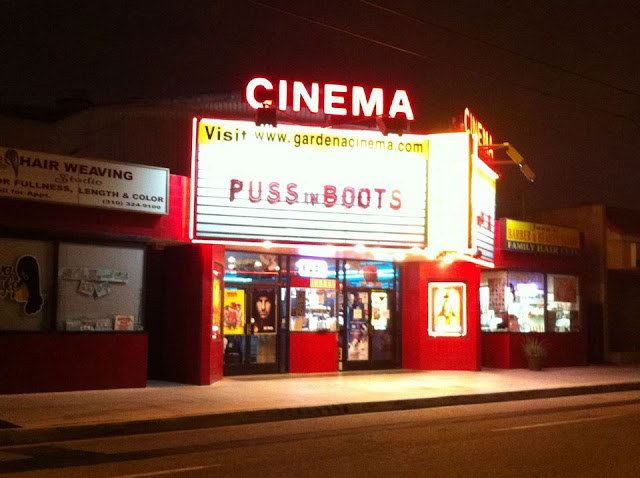 A 2011 view. Thanks to Ken McIntyre for his photo, a post on the Photos of Los Angeles Facebook page.

A 2014 photo that once appeared on Loopnet. 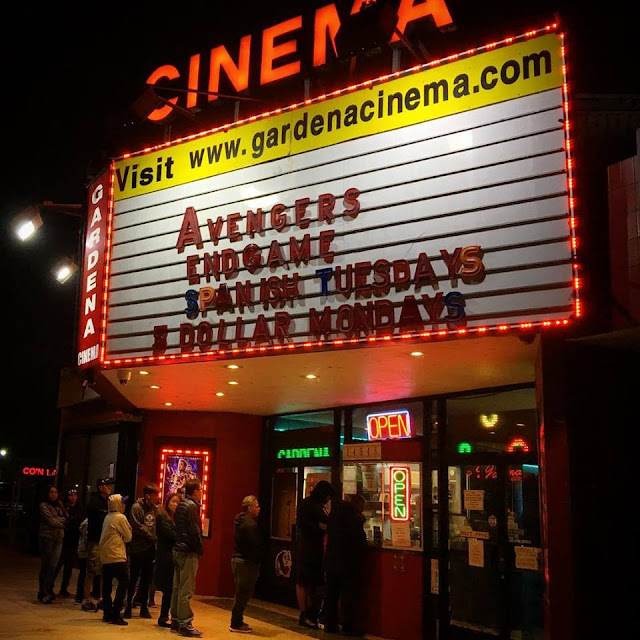 A 2019 shot that appeared on the theatre's Facebook page.
The Gardena in the Movies:

Eddie Murphy, playing Rudy Ray Moore, checks out the theatre in Craig Brewer's "Dolemite Is My Name" (Netflix, 2019). He's made a film called "Dolemite" but can't get a distributor. While doing PR for a club date in Indianapolis a DJ in town (Chris Rock) says he knows the owner of a theatre.

He does a deal for a midnight show at the "Uptown Cinema" and when checking out the theatre asks the owner "When do I get my money?" and learns what a four-wall deal is all about. When asked if he can get a share of the popcorn revenue he's told "No, that's mine." We see more of the auditorium and, later, lobby and exterior views. See the Historic L.A. Theatres in Movies post for lots of shots of the Orpheum Theatre from the film.

The Gardena on TV:

It's seen as a theatre called the Capitol supposedly somewhere in the San Fernando Valley in 1975 for "Summer of the Shark," episode 1 of "Voir," the 2021 Netflix "documentary" series. Thanks to the Cinema Heritage Group Facebook page for the screenshot.

More information: Check out the Cinema Treasures page on the Gardena Cinema. They also have a page for a Gardena Theatre on W. Gardena Blvd. that closed in the 50s.

The Cinema Tour page has several 2003 exterior views. There's a nice minute and a half video tour (even going to the booth) on YouTube, dating from 2012 when the venue was for sale.