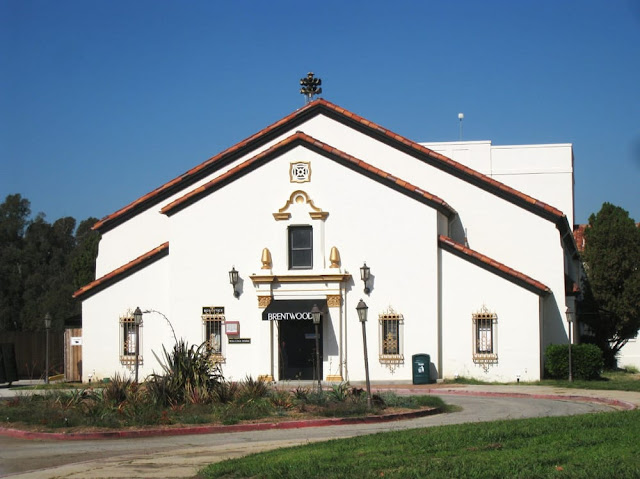 Opened: The building now known as the Brentwood Theatre opened in 1942 on the Veteran's Administration campus as an entertainment facility for veterans. During the 40s the theatre was used for USO shows, movies and lectures. The photo is from Jeanne W. on the Yelp page about the theatre.

After 40 years of only sporadic use, the Brentwood got a renovation by Richmark Entertainment, headed by Richard Willis, in 2004. Following the reopening, Richmark managed the venue for over a decade booking legit theatre as well as occasional film screenings. They were also running the nearby Wadsworth Theatre.

Status:  It seems to be in a dormant period. Richmark is no longer operating the building and seems to have vanished. The VA administration doesn't seem to want to talk about the venue. 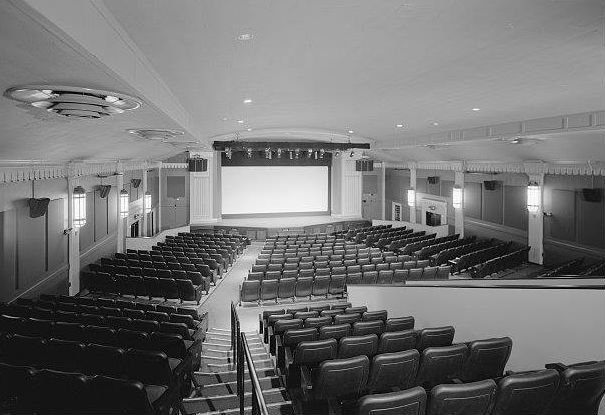 A 2008 view taken from the back of the house by James Rosenthal for the Historic American Buildings Survey. It's in the Library of Congress collection. Thanks to Brad Lewis for finding the shot in the LOC collection.

A sliver of a view that used to be on the Richmark website. 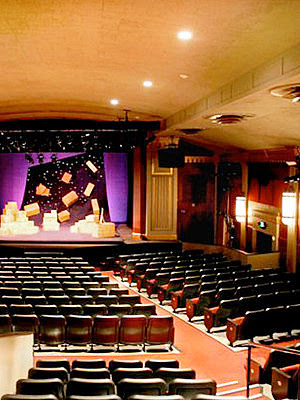 An auditorium view from the site Los Angeles Theatre. 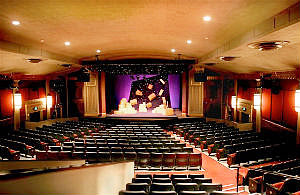 A wider but smaller version of the same shot. This version appeared on the website Experience LA. The site is now gone (along with its page on the Brentwood) and has morphed into something called Discover Los Angeles. 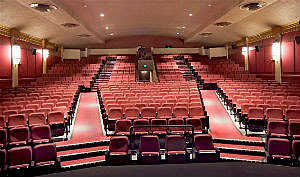 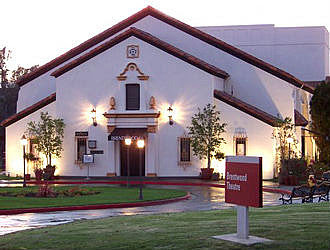 The north side of the building. Photo: Google Maps - 2017

Looking along the south side of the building toward the stage door. Thanks to Los Angeles Historic Theatre Foundation board member Anthony Caldwell for the image. It's a shot that appears in the LAHTF report "L.A. Theatres at Risk 2021." It's available on YouTube.