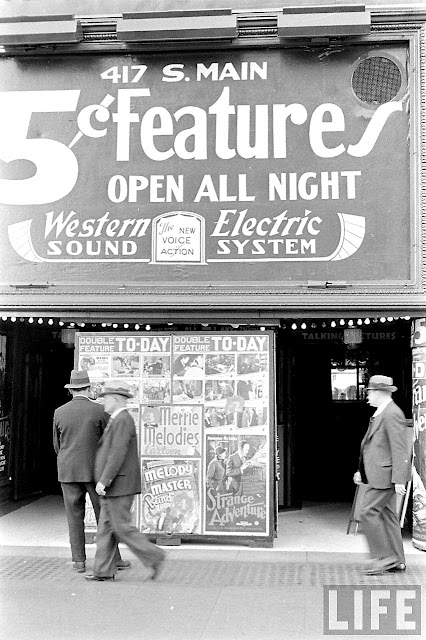 Opened: It was running in 1925. It's in the 1926 city directory. It was in a five story building, part of the I.W. Hellman complex, on the west side of the street opposite Winston St. Thanks to Noirish Los Angeles contributor BifRayRock for including the 1930s Life photo in his Noirish post #40450 and post #40990.

A March 7, 1937 L.A. Times report of a suicide at the theatre that was located by Jeff Bridges: "Two pistol shots which were not part of the sound effects stopped the running of a motion picture in an all-night theater at 417 South Main street early yesterday morning. Employees of the place investigated and found Jack D. Riley, 58 years of age of 3311 South Grand avenue, behind the screen with two bullet wounds in the head. Still conscious, although one of the bullets had passed through his head, Riley told Detective Lieutenant Bryan he had shot himself because of ill health and financial difficulties, according to Bryan’s report." 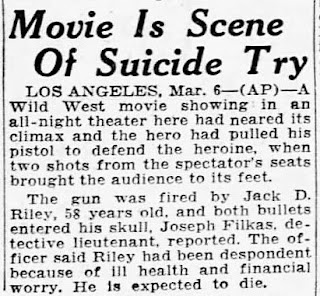 Another account of the 1937 incident. Thanks to Ken McIntyre for locating it for a comment to a post on the Facebook page Photos of Los Angeles about the movie "The Street With No Name."

In the late 40s the Muse was a burlesque house.

The Muse in the Movies: 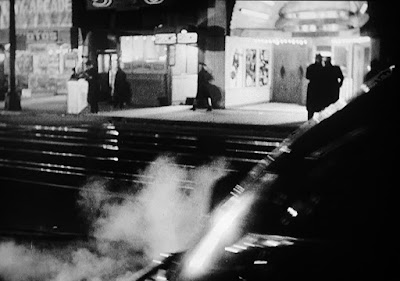 The entrance of the theatre is seen in the upper right in this shot from "The Street with No Name" (20th Century Fox, 1948). See the Historic L.A. Theatres in Movies post for another Muse shot as well as views of the Regent, the Regal and the Optic.

Status: It was running into the early 1950's. The building and its neighbors to the south were  demolished for a parking garage. 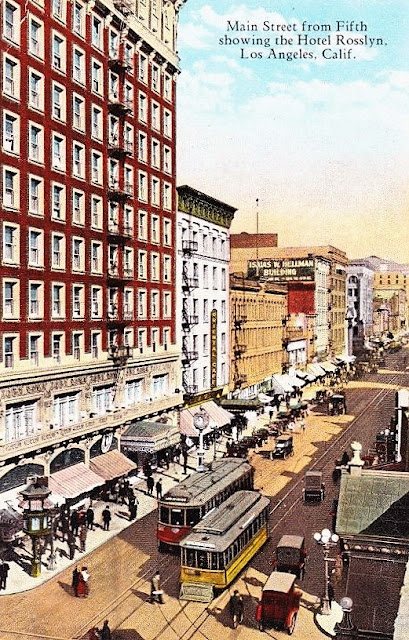 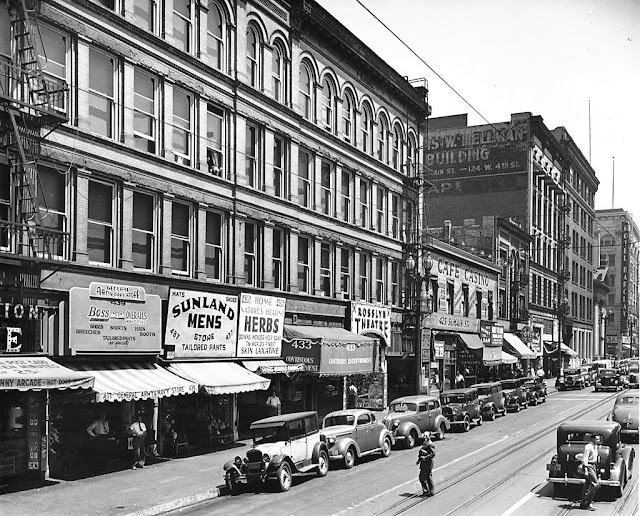 1939 - The Muse's entrance can be seen in the south storefront of the closer of the two Hellman buildings down the block. It's a Dick Whittington Studio photo in the collection of the USC Digital Library. 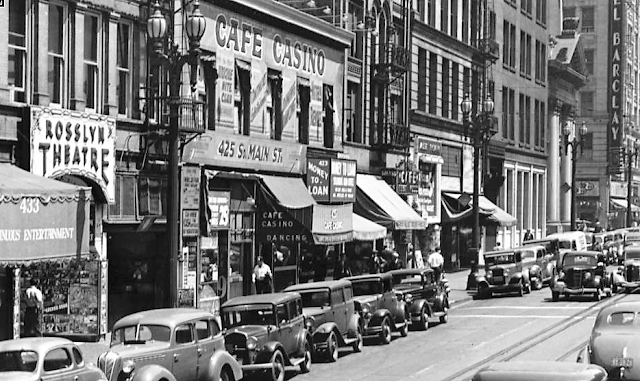 1939 - A detail from the Dick Whittington photo. The Muse is down there at the crosswalk where the guy in the white shirt is looking at the posters. 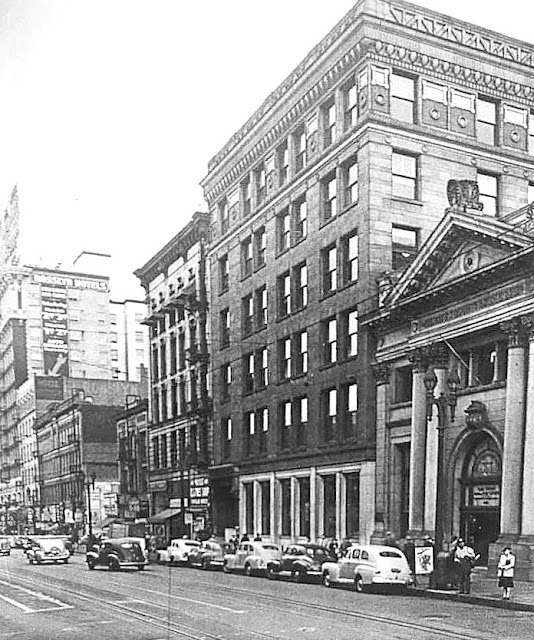 1943 - Looking south from 4th. The Muse is down there in the last storefront in that third building, just beyond the awning. Thanks to Ken McIntyre for locating the photo for a post on the Photos of Los Angeles Facebook page. 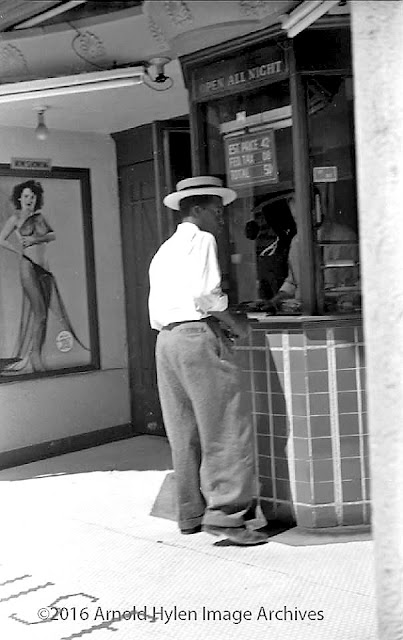 c.1949 - A patron at the boxoffice.  Note the burlesque dancer pictured in the display case. It's a photo by Arnold  Hylen. Thanks to Greta Gustafsson for sharing it. See more of Hylen's work on the Arnold Hylen Photographer Facebook page. 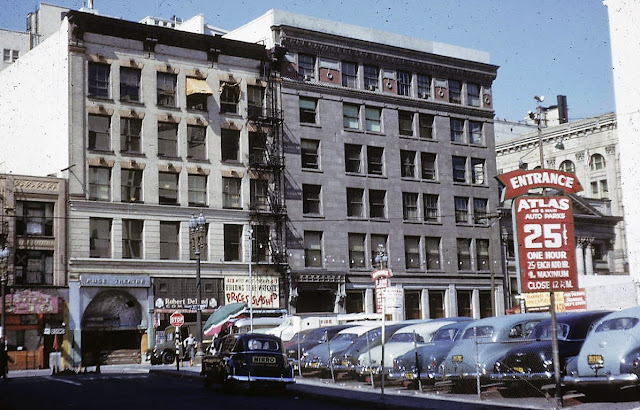 early 1950s - A look at the shuttered Muse before demolition. The two buildings were both part of the Hellman complex. The six story I.W. Hellman Building on the right at 409 S. Main (1906, Morgan & Walls) is still around as loft apartments. The Farmers and Merchants Bank is there on the corner of 4th, hiding behind the parking sign. It's a slide by Palmer Connor in the Huntington Library collection. Thanks to Noirish Los Angeles contributor Godzilla for spotting this one and posting it in his Noirish post #25140. 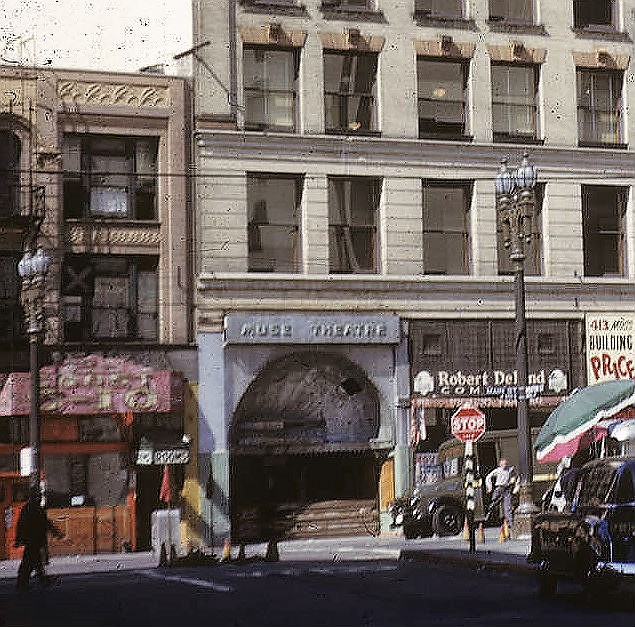 early 1950s - A detail from the Palmer Connor photo. That's Winston St. in the foreground. 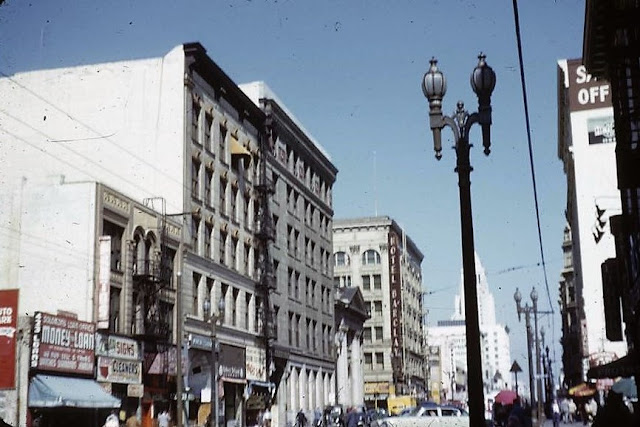 early 1950s - Looking north toward 4th. The Muse is the fourth storefront in from the left. It's a Palmer Connor photo in the Huntington Library collection. 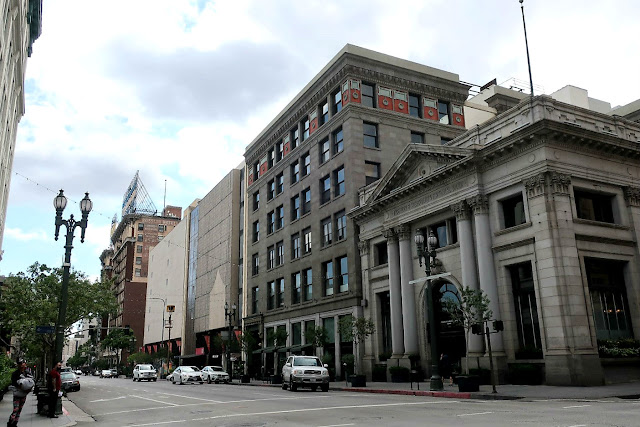 2019 - Looking south from 4th toward the site of the Muse. It was where that first slab-like thing now is. Here on the corner it's the Farmers and Merchants Bank, a Morgan and Walls design from 1905. It's now used as an events space. The second structure is the I.W. Hellman Building, now loft apartments. The two surviving Rosslyn Hotel buildings at 5th and Main are down the block. Photo: Bill Counter 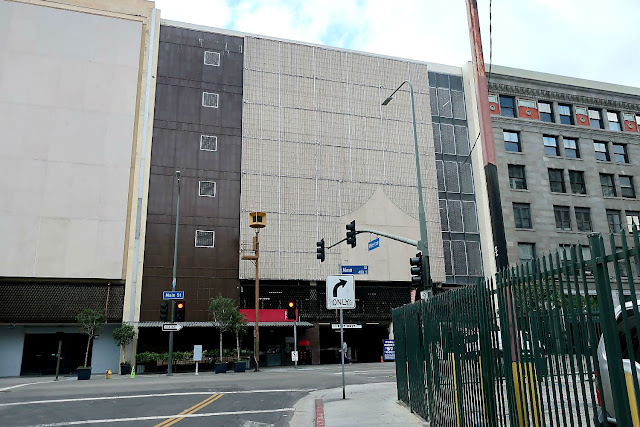 2019 - The view up Winston St. toward where the Muse had been. Photo: Bill Counter

More Information: See the Cinema Treasures page on the Muse.