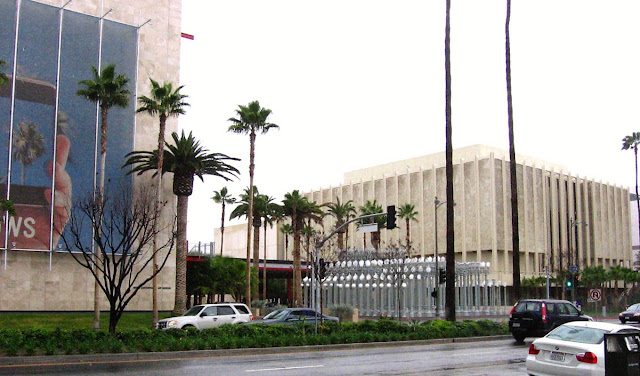 Opened: The Leo S. Bing Theatre at the Los Angeles County Museum of Art opened March 26, 1965 with the premiere of Éclat, an original composition by Pierre Boulez commissioned for the occasion. It was a nicely equipped theatre that showed lots of revivals, foreign films and more.

It was in the middle of the campus on the north side of Wilshire just east of Fairfax Ave. In this 2010 LACMA entrance view it's the Broad Contemporary Art Museum on the left. The theatre was off to the right beyond the Ahmanson Building that we see behind Chris Burden's streetlight sculpture. Photo: Bill Counter

Status: The building was demolished in April 2020. The L.A. Times covered the event in their April 7 story "Demolition of LACMA begins. Here are the photos" by Deborah Vankin."

It was a casualty of LACMA's controversial construction program that will replace the 60s vintage buildings on the campus with a strange creation designed by Peter Zumthor that will sprawl across Wilshire. They're planning a new theatre but with only a capacity of around 300. In the interim, the museum's film program is hosting occasional events at other venues. 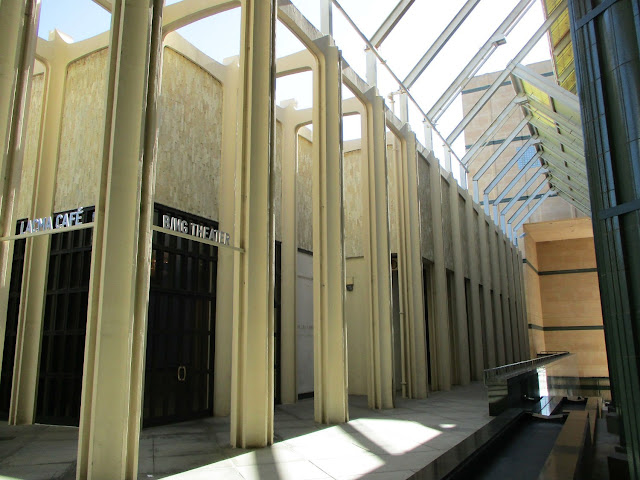 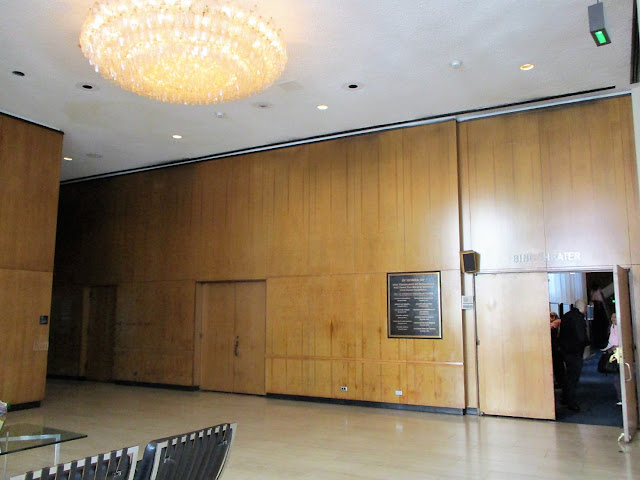 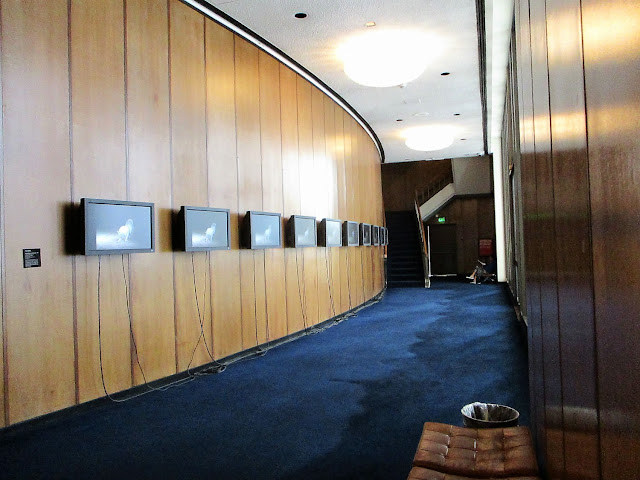 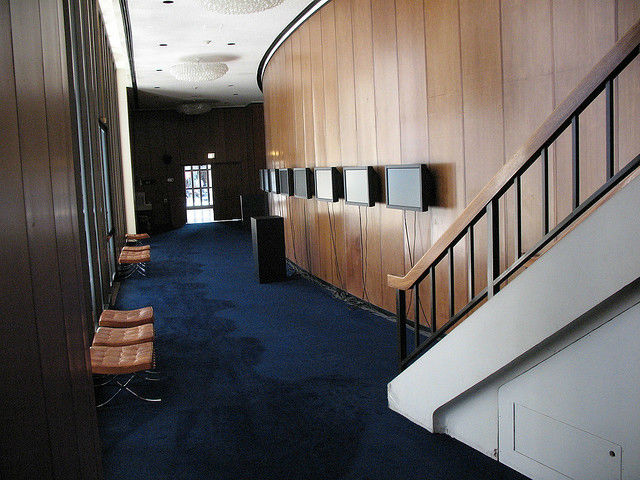 The inner lobby from house right. Photo: Jason Brown on Flickr - 2008. Thanks, Jason! 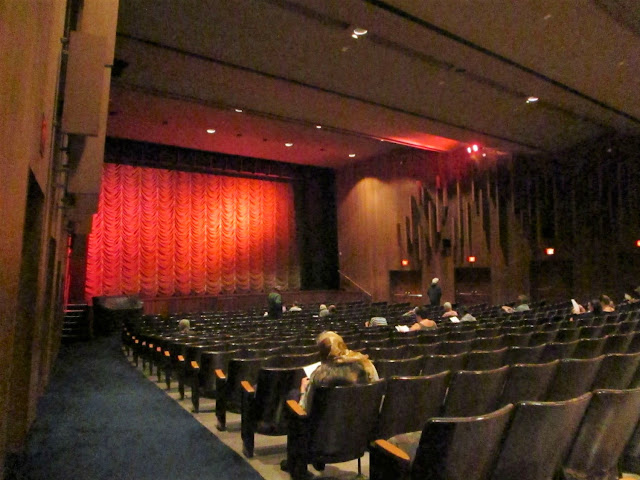 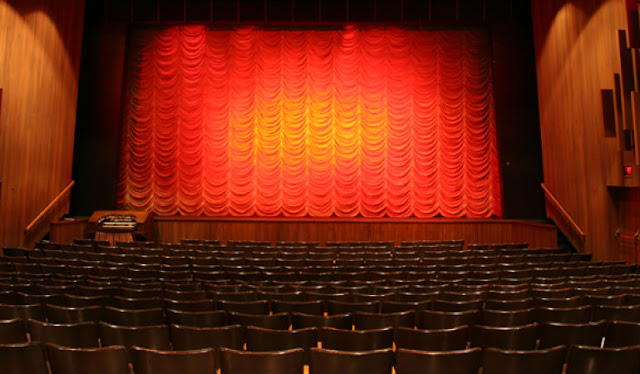 A closer shot of the front of the auditorium from the LACMA Film Programs web page. 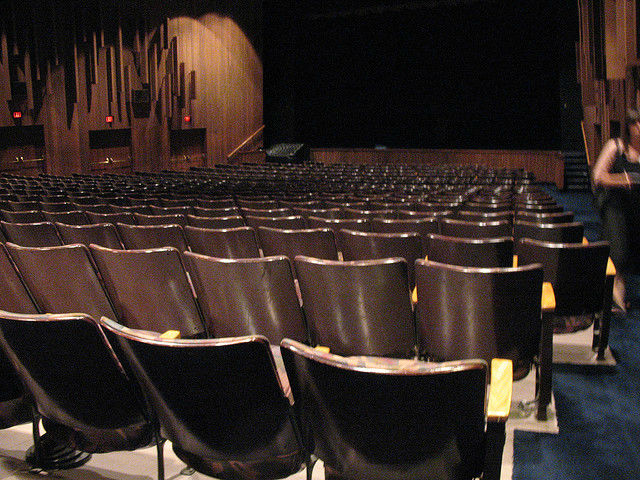 The view from the rear of the auditorium. The photo is from Jason Brown on Flickr. Also see his 101 photo LACMA Research set from 2008. 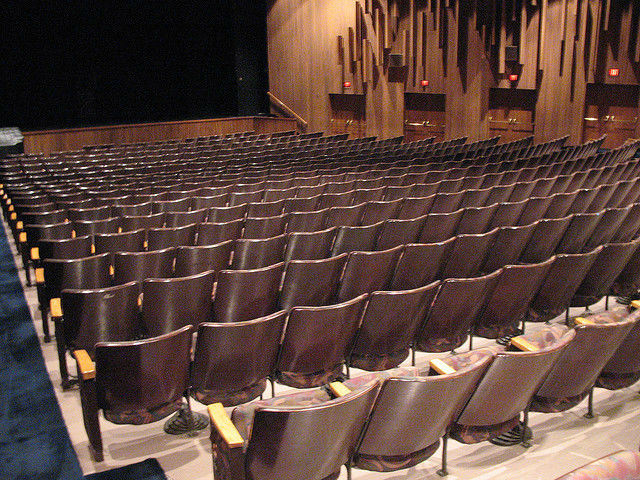 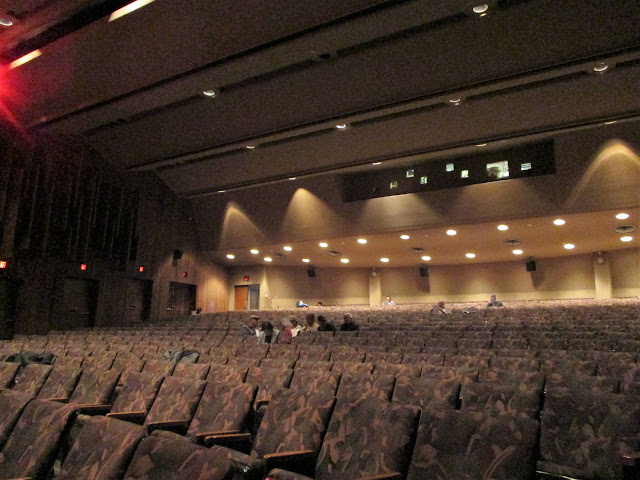 A look to the rear of the auditorium. Photo: Bill Counter - 2018 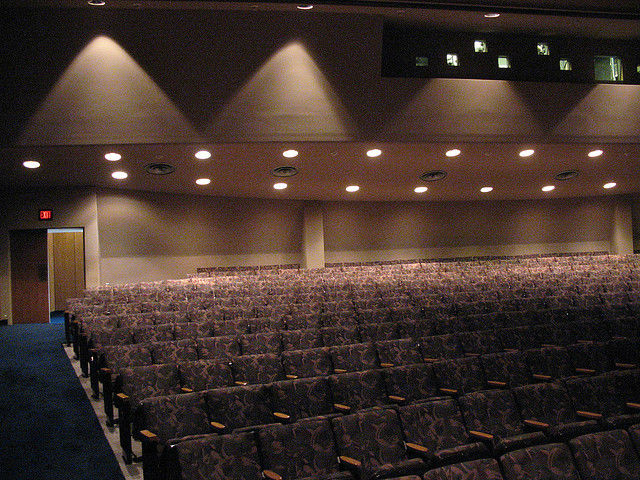 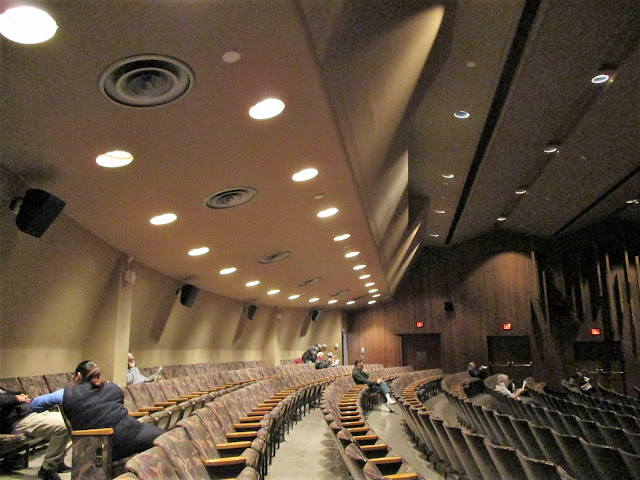 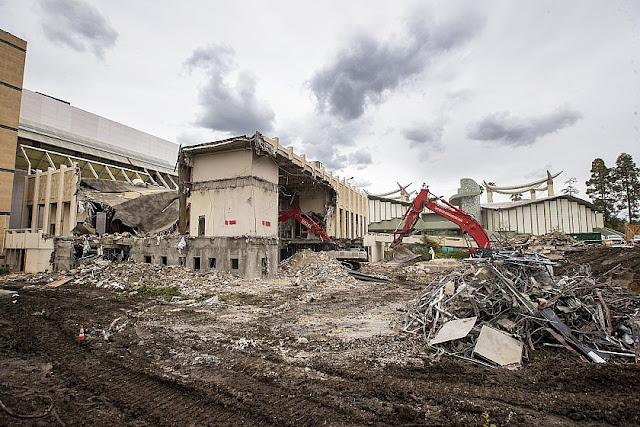 An early April 2020 demolition view by Allen J. Schaben for the L.A. Times. It's one of four photos that appeared with Deborah Vankin's April 7 story  "Demolition of LACMA begins. Here are the photos." 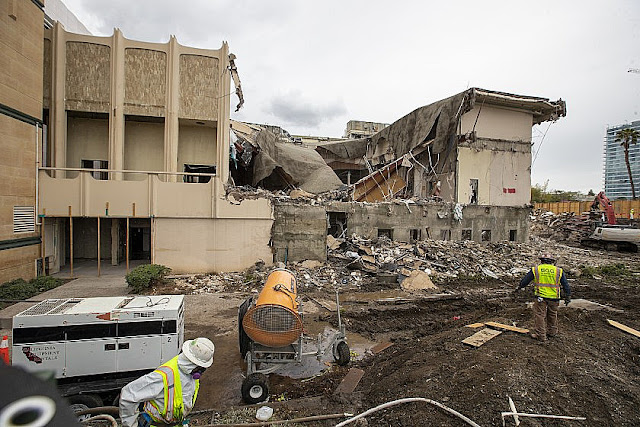 Another demolition view by Allen J. Schaben for the L.A. Times.

Bianca Barragan had an article about the demo on Curbed L.A.